Editorial: Governance of SOEs Must Adapt to the New International Situation 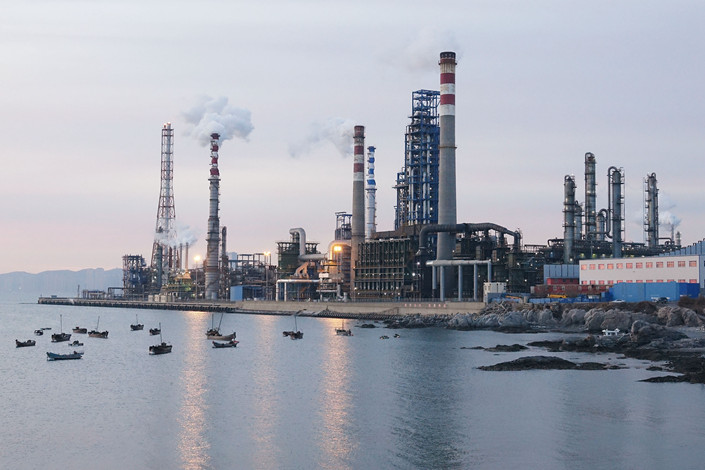 New progress has been made in the reform of state-owned enterprises. At the recent meeting of the Central Committee for Deepening Overall Reform, the committee adopted new guidelines to promote the reform of the oil and natural gas pipeline network and to establish China Pipelines Corp. Although the specific plans for its formation have not yet been publicly released, the public is eagerly looking forward to the establishment of a proper corporate governance mechanism for future companies managing oil and gas pipeline networks, which is a new road for SOE reform.

The reason this reform has drawn peoples’ attention is because it has the characteristic of being extremely difficult. The oil and gas industry is regarded as oligopolistic, and the pipeline network has naturally monopolistic characteristics. If the reform is successful, it will become a model for state-owned enterprises to diversify investors and accelerate reform towards mixed ownership. The promotion of this reform demonstrates the Chinese government’s determination to deepen market-oriented reform and expand high-level opening-up. Its success or failure depends not only on the amount of social capital introduced, but also on whether the corporate governance mechanism can correct chronic issues and adapt to marketization and internationalization.

China’s exploration into the governance of SOEs has been through many hardships since the “modern enterprise system” commenced with a resolution at the Third Plenary Session of the 14th Central Committee of the Communist Party of China held in 1993. In 1999, the Fourth Plenary Session of the 15th Central Committee called for the standardized reform of the corporate system for large and medium-sized SOEs. Regrettably, these reforms were not well-implemented. To this end, the Third Plenary Session of the 18th Central Committee called for a sound corporate governance structure with coordinated operations and effective checks and balances. It established a professional management system to give entrepreneurs a better role. It aimed to reform the system to allow employees to be promoted and demoted, allow employees to enter or leave the company, and allow for the salaries of employees to increase or decrease. It also established long-term incentive and restraint mechanisms to strengthen the accountability of SOEs in operations and investments. It also called for greater disclosure of important information, such as financial budgets. The market orientation of these reforms is very firm.

It has already been five years since the Third Plenum of the 18th CPC Central Committee. The State-Owned Assets Supervision and Administration Commission (SASAC) has attempted to shift from managing assets to managing capital, and the reform of mixed-ownership SOEs has also made progress. Countless documents have been issued by relevant departments on “methods” and “details.” But there are few classic cases such as China Unicom. With respect to the corporate governance of SOEs, the construction of a board of directors has received a lot of attention. However, the relationship between the funders, the board of directors, and the management to the rights and responsibilities is still not clear enough. Soft budget restraints have also not been totally removed. In particular, the relationship between SOEs and the government also needs to be clarified. The phenomenon of SOEs becoming the “private ATMs” or the “kingdoms” for some officials has not been eliminated, with shocking resulting corruption cases.

Now, we should gauge the progress of SOE reform by looking at the resolution from the Third Plenum of the 18th Central Committee. To “promote state-owned enterprises to improve the modern enterprise system,” the resolution clearly requires SOEs to “adapt to the new market-oriented, international situation.” As the reality evolves, the forward-looking nature of this requirement is increasingly clear. Problems in SOEs have often become the focal conflict in China’s foreign investment and trade. During the implementation of the “One Belt, One Road” initiative, some outsiders have doubted whether the Chinese government’s behind-the-scenes role in engineering projects would mean that SOEs operate according to business rules. In Sino-U.S. trade frictions, the United States has taken issue with Chinese SOEs receiving subsidies. If the level of governance over Chinese SOEs can be universally recognized by the international community, such frictions can be greatly alleviated.

China’s aims to internationalize SOE governance are not empty talk. In 2015, the Chinese government approved the G20/OECD Principles of Corporate Governance. The principles cover a wide range of basic rules of global corporate governance, including equal treatment of all stakeholders in the company, sound corporate governance structures, independence of the board of directors, information disclosure and transparency, and more. However, do the relevant departments and SOEs consciously implement the principles? It should be noted that the implementation of the principles has become a commitment that the Chinese government has made to the international community.

The difficulty of SOE reform is obvious, but because it holds a pivotal position in the reform of the economic system as a whole, the relevant departments must bite the bullet. SASAC is promoting “mixed change” of SOEs and from time to time cites figures to show that it has attracted some social capital. SOEs do not lack capital — the purpose of the changes is not to introduce social capital or “share a piece of the pie with private capital.” The key is to improve the corporate governance of SOEs by improving the checks and balances of external shareholders. In order to make SOEs into market subjects with clear rights and responsibilities, with clear separation from the government, the reforms to monopoly industries, mixed-ownership entities and corporate governance at SOEs must be improved and promoted as a whole. This is also the basis for the Chinese government to be able to implement competition and ownership neutrality.

It should also be pointed out that using adjustment as reform should be avoided. Over the years, SASAC has aimed to preserve and increase the value of state-owned assets while devoting great energy to the division and integration of SOEs. Of course this work is meaningful, but they are not equivalent to reforming the system. At the “Two Sessions,” the director of SASAC said that reform should not just be focused on developing mixed ownership, which is not a universal fix. It’s true. However, we must also be vigilant against separating or combining endlessly state-owned enterprises without improvement of corporate governance.

China’s economy has been deeply integrated into the global economy, which is the most important backdrop for SOEs to adapt to the new internationalized style. The experience of many countries shows that there is no universal “best practice” in the governance of SOEs. However, whether we can correct the relationship with the government and act in strict accordance with business logic is the threshold to test the success of SOE governance. China’s SOEs must be able to speak a common language in the international community.