Premium Liquor Kweichow Moutai is Cutting Out the Middlemen 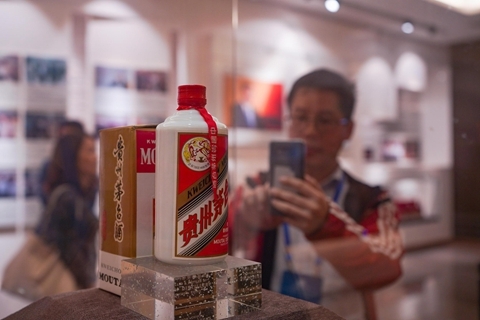 China’s most famous baijiu maker is known for liquor with high percentages of alcohol. But the company is lowering its numbers elsewhere.

Premium liquor producer Kweichow Moutai is cutting the number of its dealers, or vendors who pay franchise fees to sell its liquor directly to consumers — by as much as 20%, one such Moutai dealer told Caixin.

The company has stripped around 400 dealers of their qualifications to sell Moutai products, in a move likely engineered to further regulate sales and ensure market balance.

The number of cuts is significantly higher than had been previously indicated, when company president Li Baofang mentioned that 100 dealers might be affected by changes at the 2018 national dealers’ meeting, where he also added that the company would not likely approve new dealerships.

The company has been carefully controlling the amount of new dealers since 2016, when China’s liquor industry began to slowly recover from the anti-corruption campaign that ravaged the sales numbers of high-end bottles, the dealer said to Caixin.

Industry watchers suspect this move, then, is to maintain a healthy flow of products in a sustainable business model. Due to its status as a luxury item, some dealers intentionally stock up on the liquor, either to boost prices or wait for it to age – and vast hidden inventories change the supply and demand for the product.

This year, the company will sell more liquor directly to consumers itself, and eyes a 2019 total revenue of 100 billion yuan ($14.91 billion) and profit of 60 billion yuan.