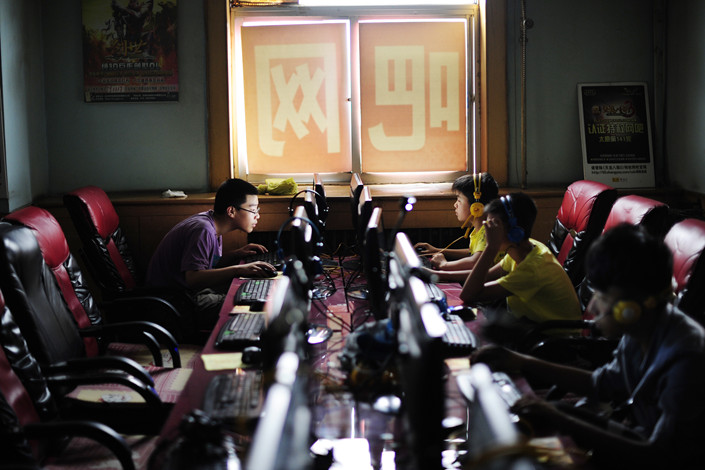 More than 90% of people under 18 in China are now internet users, a new report released this week found, much higher than the 57.5% usage rate of the whole population.

The report surveyed 31,158 people between the ages of 6 and 18 attending primary, middle, and high schools across 31 provinces, municipalities and autonomous regions. It was compiled by the Communist Youth League’s youth rights and interests protection department and the China Network Information Center (CNNIC).

How to adequately protect minors from inappropriate content, such as violence or pornography, as well as online bullying is not an issue unique to China, given that younger generations globally tend to use the internet more than older generations. The U.S., the U.K. and the EU have all faced problems protecting minors online.

In recent years, China’s lawmakers and experts have also been calling for ways to improve protections for minors using the internet.

During the recent National People’s Congress (NPC) annual meeting, NPC delegate Fang Yan submitted a draft amendment to the Law on the Protection of Minors that focuses on protecting minors online. Fang, who is also the vice president of the Shaanxi Lawyer’s Association, said that such an amendment was necessary because “China’s current laws and regulations on network security have a low level and narrow scope of legislation.”

Tencent Holdings Ltd. CEO Pony Ma, who is also a delegate to the NPC, suggested that the government should take the lead in establishing an “age-appropriate prompt” system when risky content is identified.

According to the report, 15.6% of minors using the internet have been exposed to violent content, abuse and malicious harassment of themselves, their relatives or their friends. 30.3% had encountered illegal or harmful information about fighting, robberies or drug addiction.

Children are also at risk of being sexually assaulted online. A March 2019 report by Girls’ Protection, a Chinese foundation that works to prevent sexual assault against girls under the age of 14, found that of 317 assault cases reported in the media in 2018, 39 occurred online. Of those 39 cases, 16 occurred on chat, video and other social platforms. In such cases, children were told to send naked photos, chat naked on video, perform indecent actions and more.

“The number of victims of cybercrimes may be even greater, the scope may be wider, and the number of violations may be more than we know,” Zhao Junfu, a senior judge on the Supreme People’s Court, said at a forum held by Girls’ Protection for NPC delegates and members of the Chinese People Political Consultative Conference, China’s top political advisory body. “It is difficult to assess the harm to minors when the internet causes more injuries that are mental than physical,” he said.

In January 2017, the State Council issued new regulations for protecting minors online, but legal professionals say that these regulations are not specific enough and do not do enough to construct a protection system for minors on the internet.

Liu Junhai, a professor at Renmin University’s School of Law, told Caixin that there are “gaps in almost every link of network protection for minors.” In this regard, the report suggests that the protection system for minors online should be improved through legislation, administration, market supervision and education.