Much to Do in China-U.S. Trade Talks, Commerce Ministry Says 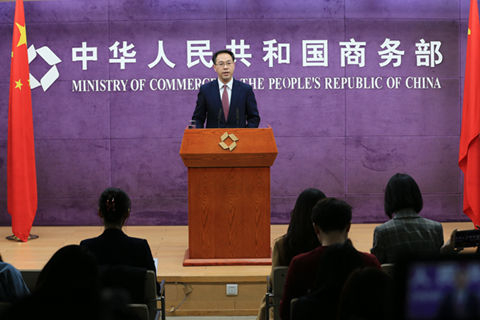 There is still much to be done for China and the United States to strike a trade deal, said a spokesman at China’s commerce ministry Thursday as U.S. officials landed in Beijing for a new round of talks.

The two countries are reported to be close to an accord that would end their nine-month trade dispute. But Gao said there are still outstanding issues to be discussed.

“The two sides have made some progress recently, but there’s still a lot of work to be done,” Gao said.

One of the sticking points is disagreement on enforcement. The U.S. is pushing China to accept a mechanism to allow Washington to regularly review Beijing’s compliance with terms of the agreement and put tariffs back in place should it fail the verification.

The two sides will hold a working dinner Thursday evening with a full day of talks planned for Friday, Gao said. Next week, Chinese Vice Premier Liu He is scheduled to travel to Washington for another round of talks.