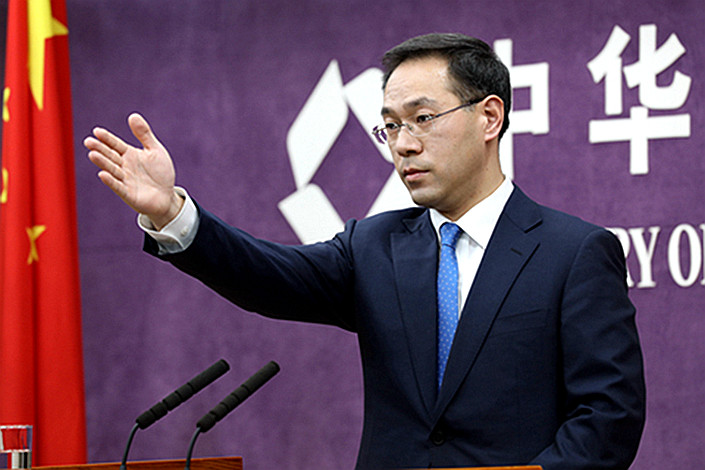 A U.S. delegation will visit Beijing next week to meet with Chinese officials as the two sides continue negotiating a deal to avoid escalating their trade dispute, the Chinese government announced Thursday.

The American delegation will be led by Treasury Secretary Steven Mnuchin and U.S. Trade Representative Robert Lighthizer, China’s Ministry of Commerce announced at a regular briefing in Beijing. The two-day visit will begin on March 28.

In addition, China’s Vice Premier Liu He is scheduled to go to Washington in early April for another round of the trade talks, said Gao Feng, the ministry’s spokesperson.

The official Xinhua News Agency reported last week that Liu, Mnuchin and Lighthizer have been talking by phone since their last meet-up in February and have achieved some progress on a draft agreement.

Premier Li Keqiang said on Friday after conclusion of the “Two Sessions,” which includes the annual meeting of China’s legislature, that the U.S. and China need to follow the principles of cooperation, mutual respect and equality to improve their relationship and to “deliver concrete benefits to people of both countries.”

In February, U.S. President Donald Trump delayed raising tariffs on $200 billion worth of Chinese imports that were set to take effect on March 1, after “substantial progress” was made in the talks.

However, the two sides are at loggerheads over an enforcement mechanism that the U.S. is trying to impose on China to ensure Beijing lives up to its promises. Trump has also said he will not remove tariffs on China until the country proves its compliance.