Editorial: Lessons the New High-Tech Board Can Learn From the Past 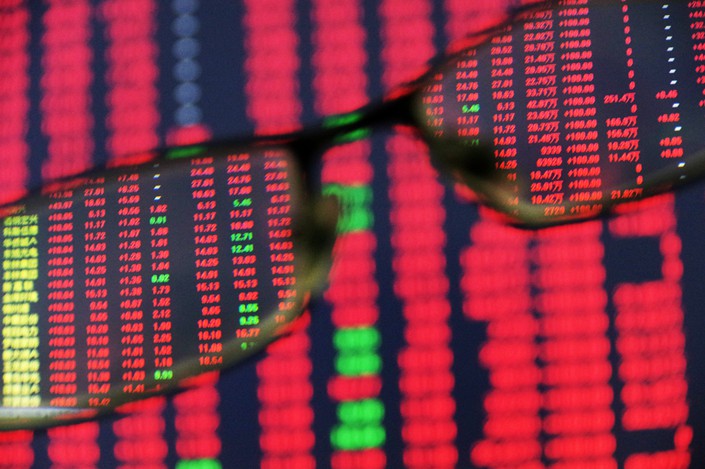 China is putting the finishing touches on its new high-tech board. The Shanghai Stock Exchange has already begun processing listing applications. At the same time, the China Securities Regulatory Commission (CSRC) has amended guidelines for investment banks’ reporting of A-share initial public offerings (IPOs), in line with the demands of the high-tech board. It’s clear that the new board is providing China an opportunity to update its capital market. However, some are concerned that the new high-tech board will make the same mistakes as its predecessors. If the high-tech board is to become the new starting point for the capital market, there must be a change in regulatory philosophy, the implementation of a real registration-based system, and the gradual realization of market autonomy. This is how to concretely implement the principle of “allowing the market to develop its decisive role in allocating resources.”

Since its announcement by China’s top leader in early November, the new board has received significant attention. This is the latest step in the incremental reform of China’s capital market. It’s not only intended to help China become a more innovative country, but also has the mission of exploring new paths for the Chinese capital market. Its most significant breakthrough is the pilot registration system. Additionally, the conditions for IPOs are very flexible, with the four areas of net profit, expected market capitalization, revenue and cash flow all included in considerations. In terms of the trading mechanism, the abolishment of the daily limit for stock price fluctuation in the first five days of trading, as well as other examples of fine-tuning, show the regulators’ determination and sincerity in overhauling the system.

The Chinese capital market, which was rebuilt in the 1990s, has faced major problems during its rapid expansion. Many of the deep-rooted flaws have been widely criticized and are obvious to all. Everyone from policymakers and regulators to investors and financial institutions has voiced their dissatisfaction with the Chinese stock market. Initiatives including the SME board, the ChiNext and the New Third Board have all raised hopes before disappointingly repeating past mistakes.

Proper treatment of the relationship between government and market is a fundamental condition for the high-tech board’s success and the healthy development of the Chinese stock market. As some experts have pointed out, to see whether the government has performed its role well, we must see whether the market plays a decisive role in resource allocation. In concrete terms, this means securities regulators must be willing to delegate power and gradually realize market autonomy. This may appear to be a grandiose dream to some: given the current chaos of the market, wouldn’t giving the market more power simply increase disorder? This is a very paternalistic way of looking at things. Supervisory departments are afraid to delegate power, in case something goes wrong. But the experience of developed markets tells us, market autonomy must come from a process of gradual cultivation. If supervisory departments never begin to trust the market, the market will also never become mature. When it comes to market disorder, a line must be drawn between disorder caused by insufficient market development, and disorder caused by structural flaws and inappropriate policies. The latter form of disorder is undoubtedly more common and more intractable in China’s stock market.

The basic orientation of the registration-based system is to reduce administrative intervention, with a focus on three areas: the listing process, the determination of IPO prices, and the information disclosure system for listed companies. The pilot registration system aims to eliminate excessive administrative intervention by the regulatory authorities on the issuance and listing of stocks, allowing the market to select the winning enterprises and realize the market discipline mechanism. As the many years under the current stock issuance review mechanism has shown, regulators cannot replace investors when it comes to judging the value of stocks. Rather, they are easily misled by stock indexes, and also hinder their own supervision during and after the listing process. The practice also creates huge opportunities for rent-seeking corruption.

The high-tech board needs a true registration-based system, rather than a disguised approval and authorization system. At the moment, the board is being set up rapidly, and the basic orientation of relevant regulatory documents is worth affirming. In the future, the key will be to truly grasp the essence of a registration-based system, and follow it consistently in the actual implementation. Otherwise, it will be easy to find room for manipulating and working around rules, even though the rules are clear, in areas ranging from the review by the stock exchange to the registration by the CSRC. If the IPO review system is loosened only in the part of the process between the CSRC and the stock exchange, it will be a registration-based system in name only. The historic failures of state-owned enterprises to fully implement reforms should be taken as a lesson.

Another standard for judging the marketization of the high-tech board is whether the regulators will issue a “control” index if the index fluctuates greatly after opening. The regulatory authorities currently forbid the media from hyping up the new board in order to avoid stirring up sentiment. This shows how afraid the regulators still are of stock index fluctuations. One of the unique characteristics of the high-tech board is the establishment of a brokerage co-investment system, which is supposedly intended to “reduce investor risk.” But the real motivation appears to be a fear that investors will lose money and cause trouble.

This mentality has often caused securities regulators to be held hostage by investor sentiment. This must have caused regulators a lot of pain — why not part ways with this old practice with the opening of the new high-tech board?

Much must be done in order to fulfill China’s desire for the healthy development of its capital market. In addition to building robust basic systems and infrastructure, there must also be a gradual change in the deeper institutional culture of the capital market. Effort must go into strengthening the spheres of legislation, enforcement and administration of justice, to improve the administration of listed companies. China must also accelerate the development of a multi-level capital market, and continuously enhance the diversity of financial products on offer, while raising the public’s level of financial knowledge. It must gradually achieve the widening of the capital market along with bidirectional openness to the rest of the world. Some commentators have voiced suspicions about how different the high-tech board really will be, if the supervisors, companies, intermediary organizations, investors and legal environment remain the same. They compare the capital market to a house: “In the past, they smoked, drank, gambled and stole on the first floor, creating a foul atmosphere. Will merely moving to the second floor restore order?” We hope that the high-tech board will, of its own initiative, refute concerns like this.

The three departmental regulations issued by the CSRC and the six supporting documents issued by the Shanghai Stock Exchange clearly convey regulators’ ambitions to create a “new world.” The public should try not to be dispirited by past disappointments and should view the new high-tech board with optimism. After all, it’s a rare opportunity for China to revitalize its capital market. However, it remains a serious question whether the high-tech board will revitalize A-shares, or whether A-shares will eventually assimilate the high-tech board. The new board can only change the course of history for China’s capital market if it’s accompanied by changes in the supervisory philosophy and the realization of market autonomy.