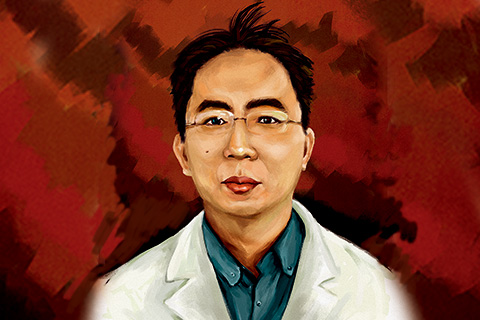 The wife of an imprisoned former private equity guru is going to great lengths to acquire some of her husband’s 20 billion yuan ($2.98 billion) worth of assets, which are currently locked up by regulators: sue him, then divorce him.

Ying Ying, wife of Xu Xiang, who was sentenced to five and a half years in prison in 2017 for trading manipulation, filed for divorce with Xu on March 20 at a Shanghai court, divorce documents acquired by Chinese media show.

Ying said that life has been hard since Xu was arrested, particularly raising their son on her own, which has worn down their relationship. Apart from a divorce, Ying is also requesting custody of the son, as well as her portion of the assets she jointly owns with Xu.

It is not known publicly if Ying has provided supplementary materials, such as asset ownership documents.

Ying told Caixin that around 13 billion yuan out of Xu’s 20 billion yuan worth of assets frozen by regulators are “legal” assets that are not involved in Xu’s cases, including those belonging to Xu’s parents, son and affiliate companies. The wife thus applied for assets worth at least 6 billion yuan in Qingdao, where Xu is being held, but failed to get anything.

The Shanghai court said a case regarding the divorce will be set up after a mediation, which will last no longer than 60 days.

Related: How a Detained Stock Trader Played with Fire