High-Tech Board Applications Getting Speedy Reviews 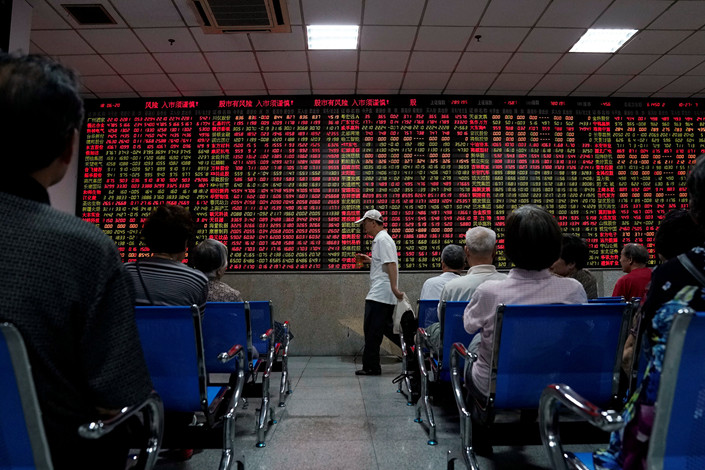 * In the past, it has taken authorities far longer than five days to respond to a listing application on a new board, an expert said.

* Currently, it takes around one month for the securities regulator to provide feedback on the Chinese mainland’s other major boards

(Beijing) — Reviews have begun for the 44 applications submitted by companies looking to list on the new high-tech board as of Wednesday, and inquiry letters were sent to three firms on Friday, just five working days after their reviews began, according to data from the Shanghai Stock Exchange (link in Chinese).

It has typically taken far longer for companies looking to list on the country’s stock exchanges to receive feedback from the national securities watchdog that reviews applications for initial public offerings (IPOs). “The high efficiency of (the review process of) the high-tech board is unprecedented,” Wang Jiyue, an IPO expert said in a commentary published by Caixin (link in Chinese) on Tuesday.

In 2009, it took 20 days for the China Securities Regulatory Commission (CSRC) to give feedback to the first batch of companies that applied for listings on the Shenzhen Stock Exchange’s tech-heavy ChiNext board, he said. Currently, it takes around one month for the CRSC to give feedback after it starts reviewing IPO applications to the ChiNext, the SME board and the main boards in Shanghai and Shenzhen, he added.

The CSRC released final regulations governing the high-tech board on March 1, and the Shanghai bourse started receiving applications on March 18.

Generally, the exchange is required to make a preliminary decision on a company’s IPO application within three months after starting its review, the regulations said. Companies are allowed up to three months, which are not included in the exchange’s three-month time frame, to reply to inquiries.

Regardless of whether the exchange’s preliminary decision is positive or negative, it will transfer the application to the CSRC, which then has to make its final decision within 20 working days, according to the exchange (link in Chinese).

Jiangsu-based chip manufacturer HeJian Technology (Suzhou) Co. Ltd. is the only one to have a net loss in 2018. UCloud Information Technology Co. Ltd., a Shanghai-based cloud services provider, is the only candidate with a dual-share structure.