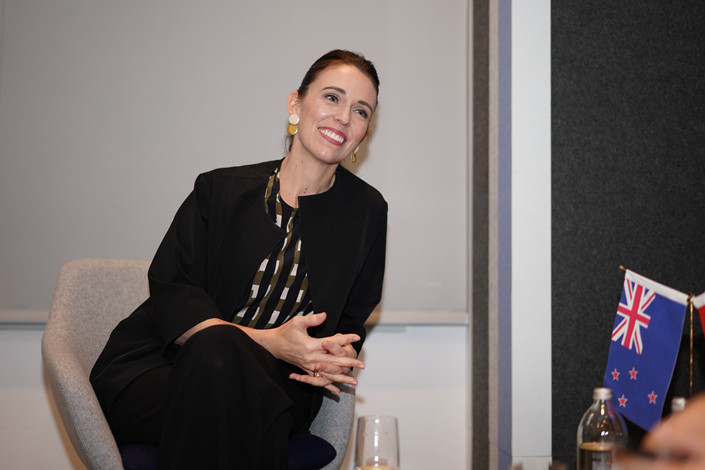 Nearly 18 months after taking office, New Zealand Prime Minister Jacinda Ardern made her first trip to China. Though it was cut short in the aftermath of last month’s terrorist attack on two Christchurch mosques, Ardern’s 25-hour visit put on display Beijing’s relatively positive standing with a Western power in an otherwise uncertain period of Sino-West relations.

After meeting with Ardern, Chinese President Xi Jinping said that China-New Zealand relations “have become one of the closest between China and Western developed countries.” New Zealand has a track record of taking early positive steps with China. In April 2008, four years after officially recognizing China as a market economy, New Zealand became the first developed country to ink a bilateral free trade agreement (FTA) with China, and was the first to initiate an upgrade of such an FTA a decade later.

In March 2017, China and New Zealand signed a memorandum of arrangement to strengthen cooperation on the Belt and Road Initiative, and conversations on joint efforts have continued since. Trade Minister David Parker is expected to attend this month’s Belt and Road Forum in Beijing along with a business delegation.

Today, China is New Zealand’s largest trading partner in goods, largest export market and largest source of imports. In the decade since the FTA was signed, trade volume between the two countries has tripled — reaching $16.8 billion in 2018, an increase of 14% from the previous year, according to Chinese statistics. During peak season, there are 50 flights a week to and from major cities in the two countries.

But Ardern has also taken a firm political stance toward China. In February 2018, New Zealand launched the Pacific Reset, a plan to strengthen the country’s aid and links to South Pacific nations — perceived to be an effort to balance China’s growing influence in the region. Late last year, New Zealand’s Foreign Minister visited the U.S. and called on Washington to increase its strategic commitment and security investment in the region. In New Zealand’s new Strategic Defence Policy Statement, China is specifically listed as a threat to the international community, a move that led Beijing to lodge “stern representations” on the “wrong remarks it has made on China.”

In November, New Zealand objected to local telecom operator Spark’s proposed use of Huawei-produced equipment to develop its 5G mobile network, citing “significant national security risks.” This was one in a series of blows to the Chinese telecom giant, after Australia banned Huawei from 5G infrastructure-related projects, and the U.S. continued its campaign of warning allies about cooperating with the company.

In January, Ardern told a crowd at Davos that her country would treat Huawei fairly, and later said that New Zealand’s membership in the Western intelligence-sharing network known as the “Five Eyes” would not influence its decision on the 5G issue. She said New Zealand had asked Spark to propose a plan to resolve existing security concerns.

Ardern told Caixin that Huawei is not banned from New Zealand, and that the country was looking forward to seeing how it can work with China on Belt and Road projects and on climate change. She also described her eagerness to further upgrade the China-New Zealand FTA.

At 38, Ardern is the youngest female leader of any nation currently in office and the second to give birth in office. Since the mass shootings that rocked New Zealand last month, she has been praised around the world for her poise and message of solidarity with New Zealand’s Muslim community. Ardern’s affirmations of pluralistic values across ethnic divisions have been seen as a breath of fresh air amid the international rise of nationalist, anti-immigration sentiment.

Caixin: What were your main expectations for this one-day trip, and how have they been met?

Jacinda Ardern: The visit itself is incredibly important for New Zealand. You know that we’ve experienced in recent weeks a terrorist attack which altered the schedule that we had here. We had originally intended that it would be a three-city visit over multiple days and including a business delegation. The fact that we're still here, in Beijing, is an acknowledgment of the importance that we place on the relationship, and we’re very grateful that both the [Chinese] president and the premier were so understanding of the circumstances.

There were three outcomes from our meetings: one is tourism. It’s the China-New Zealand Year of Tourism. I think that it’s an attractive, it’s a safe country to visit with a unique culture, and that’s something that I believe will continue to grow, as our people-to-people links will generally.

Our free trade agreement: we’re in the middle of negotiating our FTA upgrade. That has included six rounds of negotiation, both in China and New Zealand. The meetings that we’ve had talked about our desire to hasten those negotiations and conclude them as soon as possible. It is, I think, a way of demonstrating that China and New Zealand both place huge value on rules-based trade. Our agreement is emblematic of that, and therefore the conclusion of our upgrade, I think, will be emblematic of that.

And finally, climate change. We signed a statement together. It is an area where China is demonstrating leadership and the importance of the global community addressing climate change. New Zealand is equally committed: so here you have a very significant economy and a much smaller — both sharing, I think, aspirations around what we need to achieve in this space. So those are three areas where I've been really encouraged by the talks.

Are those three things your priorities for China-New Zealand relations moving forward?

Certainly. Those are the three areas where we’ve certainly seen a particular focus this year. But also, we’ve got our Minister for Trade and Export Growth who will be attending the Belt and Road Forum in April. That’s an area where New Zealand already has a Memorandum of Arrangement, and we’re mutually looking for areas of cooperation that suit both New Zealand’s interests and values and also China’s.

And what challenges should we be aware of?

I don’t see any of our challenges as defining our relationship. It is just the nature of having a relationship that spans many years and where there are some different structures, culturally and politically. So I don’t see any as insurmountable, and particularly given our focus on the rules-based order, when those challenges come up, it’s when we are following those expectations around defined international rule of law, around transparency. I think that we can maintain that mutual understanding.

You mentioned that there is a process that New Zealand should follow for dealing with Huawei. Should we interpret that to mean that Huawei is not banned in New Zealand?

It’s absolutely — let it be clear — it’s not. Obviously, Huawei already operates in New Zealand, retails products in New Zealand, it is not banned. We have, however, specific legislation in New Zealand, which we refer to as the TICSA legislation [the Telecommunications (Interception Capability and Security) Act], which dictates the process we go through when you have a significant proposal like, for instance, a New Zealand vendor Spark, who made an application around the use of the 5G network.

So under our legislation, they must go through a process. Our GCSB, our Government Communications and Security Bureau, they went back to the vendor with a set of security risks they were seeking to have mitigated. And that’s now where the process is at. We’re midway through that process, and that’s a process I’ve been very happy to speak openly about and be transparent about as well.

When can we expect a result?

It’s actually for the New Zealand vendor to determine, and so the onus now sits with them as opposed to with us.

Bilateral relations may be affected by a lot of factors outside of the two countries. How do you weigh the influence from other countries?

Here I'm very clear: there is no influence on New Zealand when it comes to its foreign policy. We’ve always been fiercely independent when it comes to the setting of our foreign policy. We do not pick sides. We simply maintain a position that is focused on New Zealand's best interests and our values, and that is a longstanding position and one that I'm very open about.

We extend our sincere condolences for the terrorist attack on two mosques in Christchurch. How would you describe the social impact of that tragedy on New Zealand society as a whole, in the short term and in the long term?

There have been a number of things that we’ve moved on very quickly in the short term, and I thank you for your condolences. Whilst this was an attack that was brought to New Zealand from someone who was not a citizen of New Zealand, who chose New Zealand as a place to undertake this terrorist attack, it still exposed gaps in our legislation, for instance with our gun laws. And so we’ve moved very quickly on that. In fact, as we speak, new laws are being introduced into our parliament.

But you're right, there are longer-term issues. One of the things that we will focus on is ensuring that we do not lose our status as a country that is considered safe, that is considered inclusive and diverse. And I think if nothing else, this has only strengthened ourselves around maintaining those qualities as a nation.

This interview has been edited for clarity and length.