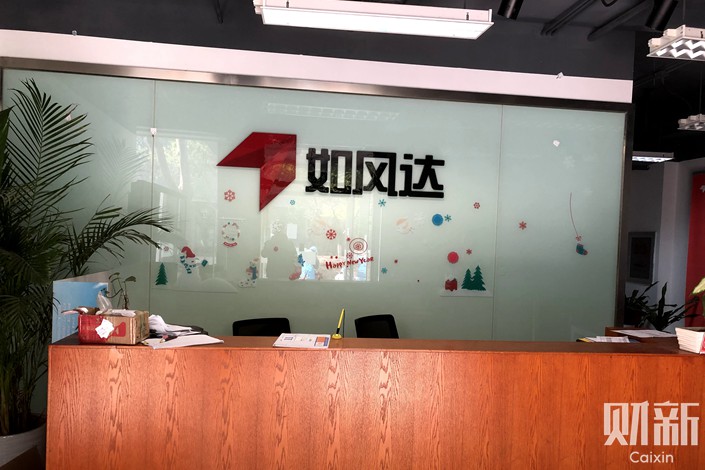 Midsize courier Bejing Rufengda Express Delivery Co. Ltd. has collapsed, becoming one of the largest victims to date in a consolidating sector that boomed with the rapid rise of e-commerce in China.

Like many emerging sectors, parcel delivery is heading into the cleanup phase of a boom-bust cycle that spawned dozens of companies at its height. Seven publicly listed players, including the likes of S.F. Holding Co. Ltd. and ZTO Express (Cayman) Inc., now control more than 70% of the market, leaving the many other players scrambling for a piece of the rest, according to government statistics based on data from the publicly traded companies.

Rufengda was once tied to two of China’s biggest names, beginning with its origins in 2008 as the delivery arm of Vancl, a once high-flying online clothing seller. When Vancl ran into difficulties, it sold the unit in 2014 to a company controlled by Citic Capital, a unit of one of China’s largest and most prominent financial conglomerates. The courier had been serving more than 3,000 cities in 31 provinces and provincial-level regions, according to its website.

But Rufengda had been losing money for the last few years as larger companies grew and smaller ones got squeezed, a person familiar with the firm’s finances told Caixin, speaking on condition of anonymity. It had been relying on cash from its parent in order to survive, the person added.

In January the company was taken over by a Shenzhen logistics firm for undisclosed terms. By the end of the next month, the company owed various parties around 100 million yuan ($15 million), including 60 million to its downstream delivery partners and three months’ salary to its more than 3,000 employees.

On March 11, Rufengda posted an announcement on its website saying it was closing some of its businesses as part of a strategic overhaul. Some of its partners said delays began in their payments around that time, prompting many to come to Rufengda’s Beijing headquarters to seek an explanation.

“It was at this time that we were told the company was already sold,” a former manager at one of the delivery partners told Caixin. At that point those companies were told the previous parent was refusing to honor Rufengda’s commitments and that responsibility would go to the new owner.

But at the end of March the new Shenzhen owner told Rufengda’s partners it had terminated the purchase after running into issues, putting the company into limbo. Citic Capital had previously said it would step in to try to mediate the situation, but no progress had been reported as of last week.

Rufengda’s shutdown is just the latest among midsize and smaller delivery companies, with names like Kuaijie and Quanfeng ceasing operations last year. The group had thrived on a boom in Chinese e-commerce that required delivery of billions of parcels each year as shoppers flocked to big online names like Alibaba and JD.com.

But most of the biggest delivery firms have now gone public, giving them new funds to consolidate their market-dominating position at the expense of smaller cash-starved rivals. “For small and medium sized couriers, it’s already too late to try and set up a national network,” said Zhao Xiaomin, an industry expert. “They must find their own niche to transform themselves.”