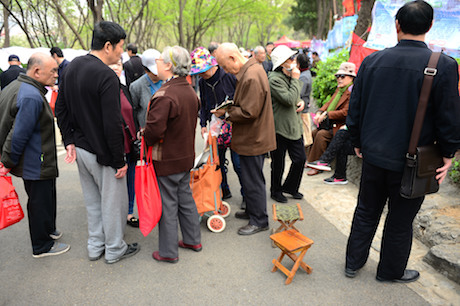 China’s pension fund system is heading toward a shortfall – and it may come earlier than expected.

A Wednesday report from the Chinese Academy of Social Sciences predicted that the pension funds collected in 2019 will not be able to meet expenses of the same year, based on China’s preferred payment rate of 16% of a company's total expenses on staff's salaries, not including government subsidies.

When subsidies are taken into consideration, the report shows an annual shortfall would begin in 2028, when a system debt as large as 118.1 billion yuan ($17.58 billion) is expected. The shortfall could soar up to 11.3 trillion yuan in 2050.

China's national pension fund system is not always compulsory, and many individuals as well as small businesses choose not to pay into it.

The report recommends taking more “flexible employees” – a term that often refers to freelancers – into the national pension fund system, and considering raising retirement ages. In general, men can apply to retire at the age of 60, while women can retire at 55 years old.