List of Suspects in Deadly Chemical Blast Continues to Grow 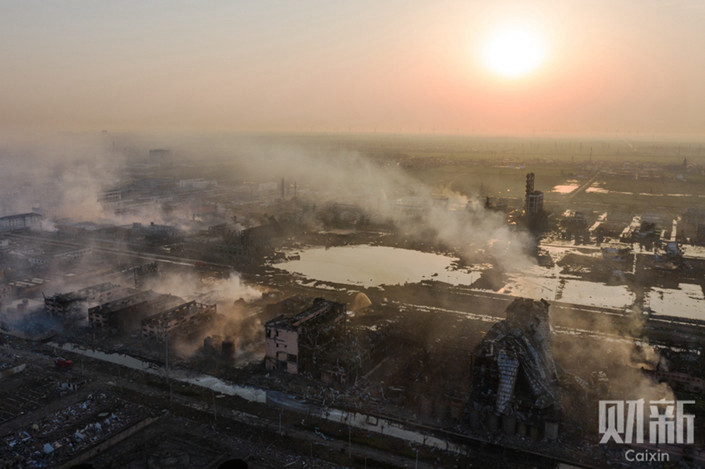 Seventeen more people have been implicated in last month’s deadly chemical explosion in east China, bringing the total number to 26.

The March 21 explosion at an industrial park in Jiangsu province’s Xiangshui county killed 78 and injured hundreds. It produced an enormous fireball and registered as a 2.2 magnitude earthquake.

Most detainees are from the firm at the center of the explosion, Jiangsu Tianjiayi Chemicals, as well as an intermediate agency, police said.

For first-hand details of the massive blast and its aftermath, read our “Reporter’s Notebook: Xiangshui Blast Leaves Wounds and Scars That Won’t Fade”