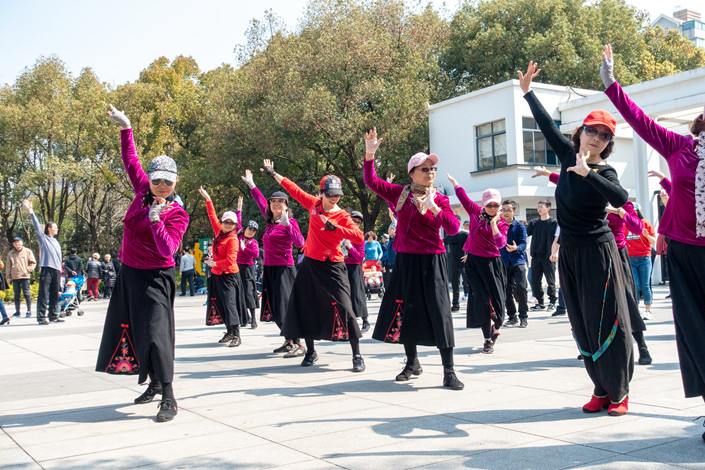 The problems in China’s pension system are widely known, but very difficult to solve. The central adjustment system for the basic pension funds for enterprise employees was established on July 1 last year and the system’s annual budget was recently made public. This is a step in the right direction. However, in order to thoroughly resolve the crisis in the pension system, national coordination is imperative. It is an inevitable requirement for the rational allocation of labor resources in a market economy, a yardstick by which the state’s ability to govern is measured, and is also inseparable from citizens’ freedom of movement and their right to freedom of employment.

The central adjustment system is intended to balance the surplus of pension funds between provinces. According to the budget, there are seven, economically-developed contributing provinces, such as Guangdong, and more than 20 provinces, such as Liaoning, are beneficiaries. Beijing and Guangdong are the largest contributors, and the net contribution of these provinces is roughly equal to the net disbursement of the five largest beneficiary provinces (Liaoning, Heilongjiang, Sichuan, Jilin, and Hebei). The large regional gap shows that the “local fragmentation” of pension funds cannot be ignored. On one hand, the provinces whose pensions are not covered are increasing and the gap continues to expand. Heilongjiang province for example has formed huge deficits. On the other hand, some provinces have huge balances and low utilization efficiency. These extremes are an inevitable result of the current pension system, which must be solved through the hands of the system. The central adjustment system is a transitional strategy that has taken into consideration the fact that a unified national plan is difficult to achieve overnight. Obviously, however, the transitional period should not last too long.

National pooling of basic old age pensions is a clear policy goal of the central government and is also international practice. This vision was presented in the 12th Five-Year Plan (2011-2015). The 19th National Congress of the Communist Party of China also proposed to “reform the basic pension system and realize a nationally unified pension system as soon as possible,” a demand with more urgency. However, there is resistance. Most of the areas with pension surpluses are economically developed and have labor inflows. The huge surplus funds themselves are very tempting, and the local governments can leverage the labor and surplus trends to further lower the contribution rate and enhance local competitiveness. The situation where the stronger continue to get stronger and the weaker continue to get weaker is difficult to change all at once. The national pooling of pensions has brought about a collision between local interests and national interests. With the floating population trend, the elderly are not able to access their pension from regions other than their official household registration, or hukou. The mode of “paying fees here and providing for the elderly elsewhere” has produced serious economic and social consequences, eroding fairness and efficiency.

First, we must get rid of the mentalities of “exclusive property” and “communal feeding.” Localities cannot continue to consider pension surpluses as their own domain. The national pooling system is not a bailout, but a duty, and the pension balance is certainly not a private stash of funds. If the risk is allowed to spread, the whole country will pay the price. Areas that have a deficit must be on guard against moral hazards and avoid freeloading. The central adjustment system is intended to achieve national coordination in the future, and in order to do so, incentives and constraints are indispensable for countering local opportunism.

Second, substantive provincial coordination must be accelerated. This year’s government work report clearly requires the acceleration of provincial-level reform to the pension system. As early as 1987, the National Development and Reform Commission and other relevant ministries and commissions proposed a cross-province pilot program, but this provincial-level coordination has not been thorough. Only a few provinces have achieved “unification” in the basic old age pension system, payment policies, treatment policies, fund use, and budget management. Most provinces have stopped establishing provincial or prefecture-level adjustment funds and pension insurance is still scattered across over 2,000 coordinating units. This not only brings high management costs, but also comes with institutional risks. Though it does not solve the pension problems caused by cross-provincial labor mobility, coordination at the provincial level is the premise and foundation for national coordination. The Ministry of Human Resources and Social Security seeks to achieve provincial-level coordination by 2020. There is limited time and it will not be easy. The key is the quality of the overall planning.

Finally, the completed system must follow in due time. National pooling means a unified pension insurance policy, such as uniform contribution ratios, a payment base approval method, treatment planning and adjustment methods. From May 1, the contribution rate for urban employees in all provinces will be reduced to 16%. The State Council also requires for a transitional method to be researched for those paying under 16%. The national unified rate is the trend and the phenomenon of non-uniform rates will be reversed. Another important measure is the unification of social security premium collection. The reforms to state and local tax collection determined that all social security premiums should be levied by the tax authorities, thus sooner or later the mixing of social security agencies and tax authorities will fade away. Since the direction is clear, the supporting system must be firmly implemented, though during this process various problems will inevitably arise. In addition to the thorough design of the system, problems can be repaired without stopping the entire operation.

The national coordination of the old age pension insurance is the only way forward for social security reform. There are still many problems in the pension system that need to be resolved, the most fundamental of which is whether the pay-as-you-go system can be sustained or whether it should be turned to a fund accumulation system. Other supporting measures, such as adjustments to the fertility policy, the transfer of state-owned assets and increasing the retirement age, need to be deepened. In addition, a thorough solution to the pension problem ultimately depends on improving economic efficiency. We must stimulate economic vitality and improve labor productivity through comprehensively deepening reform. There is great inertia in pension and population problems. Only by having foresight and early responses can we show a highly responsible attitude towards the country and the nation.