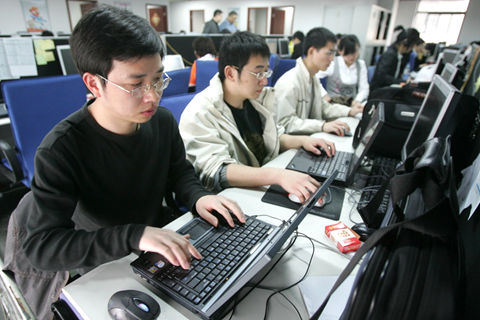 Debate over China’s “996” work culture – the phrase used to describe companies that require employees to work from 9 a.m. to 9 p.m. six days per week – is heating up. And the founders of tech giants are only stoking the flames with their own statements.

Last Thursday, Alibaba founder Jack Ma said at a company talk that while no firm should force employees to adopt 996, young people should understand happiness comes from hard work.

“I personally believe 996 is good luck,” he said. “Many companies and people don’t even have a chance to 996. If you can’t 996 when you’re young, when can you 996? If you haven’t done 996 in your life, should you feel proud? If you don’t wish to expend extra effort, how can you achieve the success you want?”

Later the same day, JD.com founder Richard Liu said on his WeChat account that people who “laze away” their days are not his brothers he can fight alongside with.

The statements triggered criticism online, as many believe 996 violates domestic labor laws that are supposed to limit daily working hours to eight. Commenters also found a clip of Ma on a South Korean TV show in which he says he regrets not having enough time for his family.

Wang Qian, a law professor at Tongji University, said people were angry at the internet gurus for romanticizing 996 culture, while in many cases companies provide no extra benefits or compensation to those who work overtime.

The state-run People’s Daily published an editorial on Sunday saying that disputes over 996 are different from criticizing hard work in general. Companies should not label employees who are against 996 as “lazing away,” the paper said.

He Bin, a public policy expert, told Caixin that a lack of individual labor rights also drives the continuation of 996 culture in China. If job candidates who are against 996 are not considered for roles at certain companies, then that work culture will remain regardless of labor laws.