Photo Essay: Life and Death in a Southern Boomtown 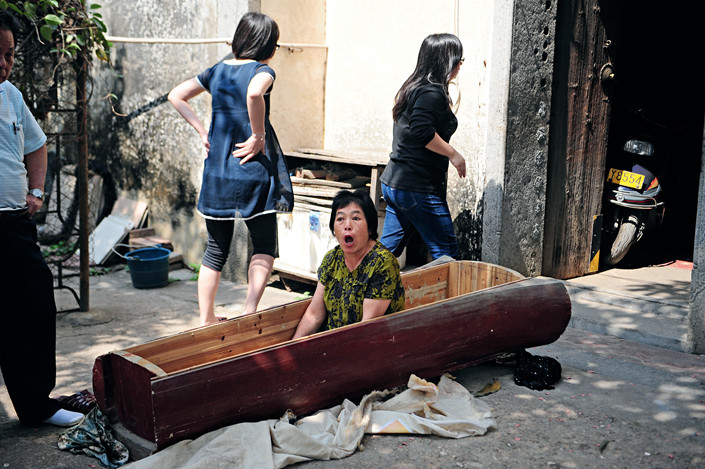 On April 26, 2011, a man named Deng found an empty coffin on his front doorstep in Shenzhen’s Longgang district. He suspected that property developers had placed it there as a threat because his family was a “nail household” — the term given to occupants who refuse to vacate their homes even after all surrounding homes have been sold for redevelopment. Deng reported the threat to the police, and his wife later jumped into the coffin to protect the evidence when people tried to remove it. Photo: Xu Wenge

The chief photo editor at Guangzhou-based tabloid Southern Metropolis Daily moved to Shenzhen in 2001. In Xu’s 18 years at the Shenzhen bureau, the city’s population has nearly doubled as migrants from all over China flocked to its factories.

Shenzhen’s explosive expansion began when China’s first special economic zone was established in the city in 1980, giving local manufacturers better access to export markets at a time when the country was still emerging from decades of isolation.

Xu’s photos document the everyday dramas of the changing city, where demolitions and death threats, torrential downpours and knife attacks coexist with middle-class aspirations of owning an apartment in a good school district.

In January, Xu was diagnosed with a rare brain stem infection that has left him dependent on a ventilator.