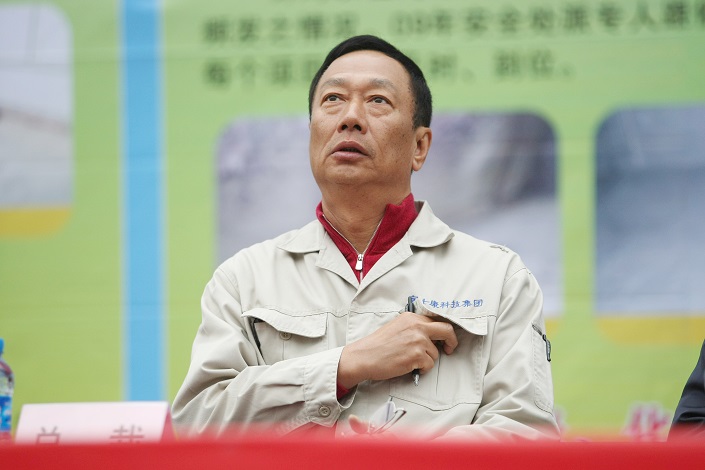 Taiwan's richest man and chairman of semiconductor giant Foxconn, Terry Gou, announced Wednesday that he will run in the 2020 election for Taiwan’s top office.

When asked earlier in the day if he planned to be a candidate, Gou said he had received instructions from sea goddess Mazu to serve Taiwan’s needs —  words widely interpreted by Chinese media as a positive answer to the question.

Gou later said explicitly that he would participate in the Kuomintang primary, and that he hopes to run next year on behalf of the party.

Mazu, a goddess associated with seafarers, has a long history of being worshipped in southern China and is also a major part of the region's secular identity.

Share prices of Foxconn’s Shanghai-listed subsidiary closed up 10% on Wednesday.

Related: Foxconn Denies Report That Its Chairman Is Stepping Down