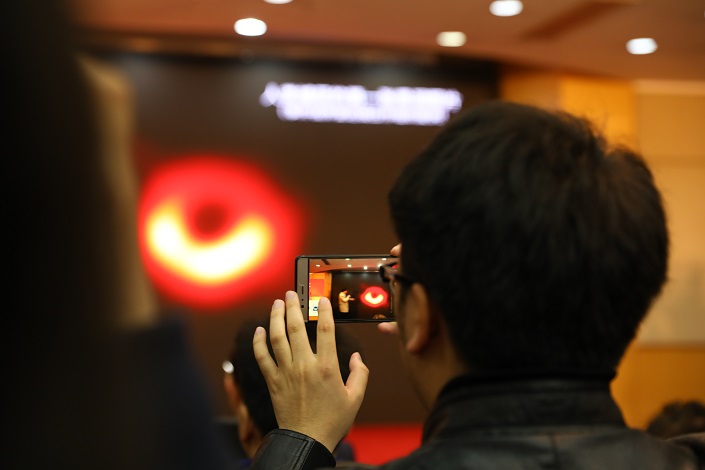 China’s largest stock photo provider Visual China Group (VCG) has been fined 300,000 yuan ($44,751) for trying to copyright the first photos ever taken of a black hole — but some think the punishment is too light.

The fine, announced Thursday by the Tianjin city cyberspace regulator, comes after VCG attracted online criticism for claiming to hold the rights to images of the black hole, as well as photos of China’s national flag.

VCG then took down its site to “rectify” problems and was placed under government investigation.

The Tianjin cyberspace affairs commission said on Weibo that VCG’s fine was a “heavy” punishment for publishing photos with “sensitive and harmful information and marks” — a reference to VCG’s watermark on photos of the black hole. It’s unclear if VCG will also be penalized for its copyright claims on images of the Chinese flag and other national symbols.

But state media outlet People’s Daily asked if 300,000 yuan can really be considered a “heavy” fine. “The proper price should be paid for photos tagged with harmful information,” the publication said in a Weibo post that was later deleted.

VCG said the punishment was expected to have no “significant influence” on the company’s operations. Its stock price surged 5.31% upon market open on Friday. VCG didn’t say when its website would resume service.