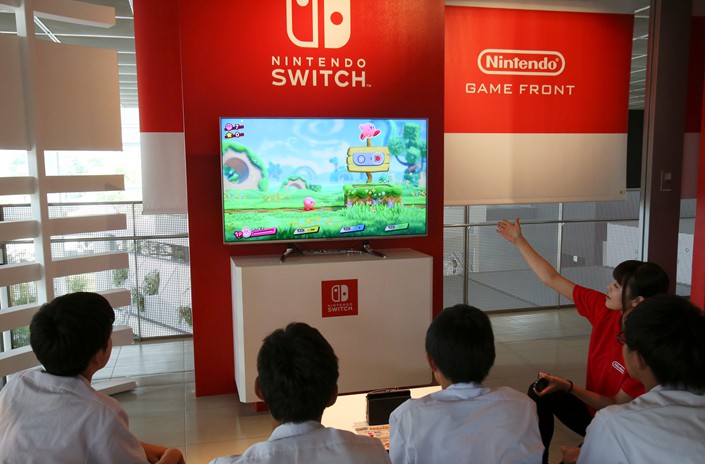 (Bloomberg) — Nintendo Co. shares jumped after China’s Tencent Holdings Ltd. won approval to distribute one of the company’s games for its Switch console, a sign the Japanese company may benefit from growth in the world’s largest games market.

Tencent received approval for the test version of “New Super Mario Bros. U Deluxe” for the handheld device, according to a notice on the website of the China’s Guangdong provincial culture and tourism department. A Nintendo spokesman confirmed that Tencent has also applied for the sale of Switch hardware, without elaborating further. Nintendo’s stock surged as much as 15%, the most on an intraday basis since September 2016.

Tencent could prove an invaluable ally for the Kyoto-based company in China where gamers have historically shunned consoles in favor of smartphones and PCs. The alliance could provide a jolt to the growth prospects for the Switch after Nintendo in January cut its outlook for the console’s shipments.

“This is a new growth opportunity for Nintendo,” Tomoaki Kawasaki, an analyst at Iwai Cosmo Securities Co. “At the core of the Chinese game market is online PC titles, but that actually creates an opportunity to create new demand through consoles.”

Atul Goyal, an analyst at Jefferies Group, wrote that Nintendo may build a closer relationship with Tencent, including in mobile games. That would give the Japanese company some upside for Switch hardware and software sales.