Shanghai to Switch to Electronic Tolls by December 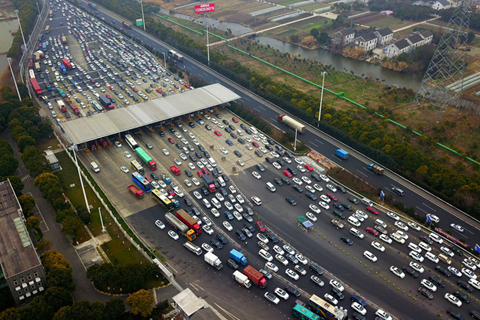 Shanghai plans to phase out its toll booths by December, as part of a national push to cut highway congestion.

The municipality’s toll collection system will get software and hardware upgrades by the end of October, before the physical toll stations are demolished by the end of December.