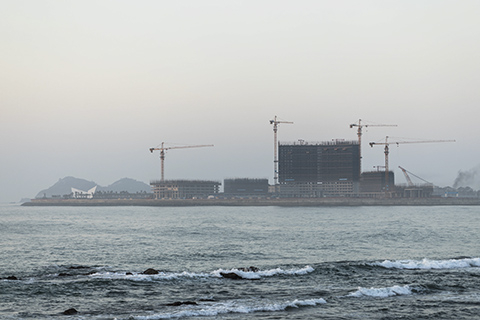 Government officials in the city of Wanning have been punished for a land-reclamation project that damaged the local environment, the provincial government in China’s island province of Hainan announced Monday.

In 2015, Wanning’s municipal government allowed for a piece of coastal land originally designated for tourism to make way for residential real estate projects. The provincial government statement did not specify any real estate developments in particular.

Top local officials Zhang Meiwen, Wanning’s Communist Party Secretary, and mayor Zhou Gaoming have been given “significant demerit points,” a typical punishment for Chinese public servants that prohibits them from any promotions or pay increases for the following 18 months.

Other officials involved in the case, including those from local marine and fishery departments, have been given punishments ranging from warnings to being removed from posts.

Related: As China Builds More on the Sea, Nature’s Beauty Gets Buried