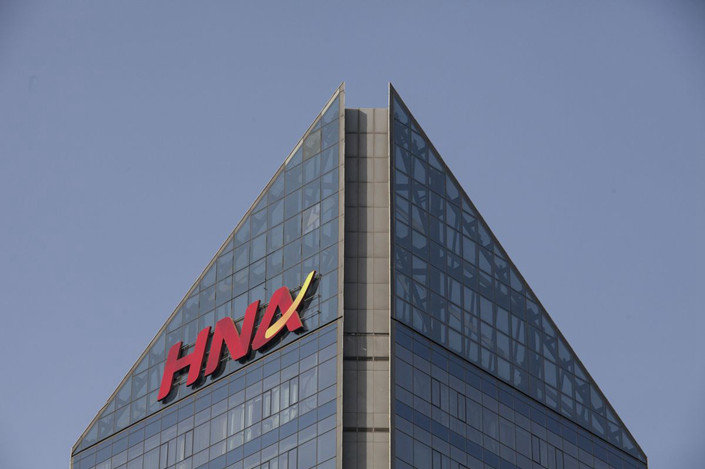 (Bloomberg) — Lenders to HNA Group Co. Ltd.’s CWT International Ltd. seized control of assets in Singapore, China and the U.S. after the unit failed to repay amounts due on its credit facility.

Assets that are being taken over include shareholdings of Singapore-based CWT Pte, with investment properties in the U.S. and golf courses in China, according to a statement. Lenders had threatened to take control of the assets unless CWT made payments by 9 a.m. on April 17 tied to a HK$1.4 billion ($179 million) loan taken out in September.

Operations of CWT Pte are continuing as usual and trading in CWT International shares will remain suspended, according to the statement. HNA Group’s $200 million bond due 2021 was indicated at a record low of 77 cents on the dollar on Tuesday, according to traders.

That setback for HNA suggests that the Chinese conglomerate is still struggling to cope with its debt after embarking on more than $25 billion of asset sales since 2018, unwinding one of the biggest global acquisition binges in the nation’s history. CWT Pte said last week it had redeemed in full its S$100 million ($74 million) 3.9 percent notes due April 18.

Chinese companies including HNA, Anbang Insurance Group Co. Ltd. and Dalian Wanda Group Co. Ltd. have been unloading assets in recent years after attracting government scrutiny because of the financial risks associated with their debt-fueled expansions. HNA’s asset sales alone have exceeded $20 billion since 2018, while the founder of Anbang — a firm temporarily seized by the government last year — is now serving jail time.

Besides the crackdown on the big conglomerates, China’s capital controls are limiting individuals’ spending on global real estate as the government tries to guard against any large and destabilizing exodus of cash from the economy.

HNA has also been shedding assets in the U.S. In January, the conglomerate sold 850 Third Ave., a midtown Manhattan office building near Trump Tower, in a $422 million transaction that resulted in a loss for HNA. Separately, it has been searching for a buyer for its stake in neighboring 245 Park Ave., a skyscraper it bought in 2017 for a near-record $2.21 billion. SL Green Realty Corp. said late last year that it would take over operations of that property.

Bloomberg reported in November that HNA was marketing more than $40 billion of domestic and international holdings, including more than 90 assets in China, the U.S. and U.K. Among the priciest assets on the list were 245 Park Ave., Hainan’s Pearl Island, valued at 21.1 billion yuan ($3 billion), and Shanghai’s HNA Plaza, valued at 4.92 billion yuan.