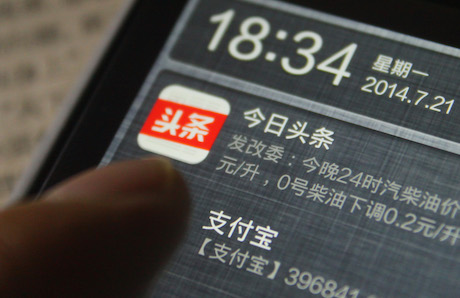 Chinese tech giants Baidu and ByteDance are suing each other – and for the exact same amount, according to the two companies who both submitted court filings Friday.

Baidu is suing ByteDance’s news aggregation platform Jinri Toutiao for “stealing” the former’s search results, which are produced by its own search technology, TOP 1.

Appealing to a local court in Beijing, Baidu demands ByteDance post an apology to Baidu on Jinri Toutiao’s app and website and keep it there for 30 days, as well as pay 90 million yuan ($13.37 million) in compensation.

In response to Caixin’s inquiry regarding the lawsuit, ByteDance said it would “actively respond.”

And respond it has – the domestic version of ByteDance video app TikTok, Douyin, appealed to a court in Beijing in order to sue Baidu for “stealing a massive amount of short videos,” the company told Caixin. Douyin’s demands? The same as Baidu’s: a 30-day public apology and 90 million yuan compensation.

The tit-for-tat lawsuits come just days after a court in India lifted a ban on TikTok.