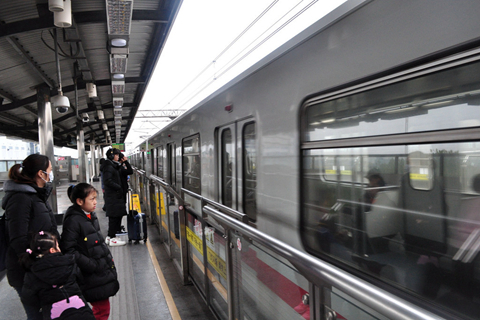 According to Shanghai Shentong Metro Co., in 2018, the company’s net profit plunged 40.70% year-on-year to 30.64 million yuan ($4.55 million), where the figure for the previous annual fiscal period was -0.49%. The company attributed the huge drop to the increase of "big maintenance projects," the 2018 cost of which surged over 60%.

Shanghai began to construction on line 1 in 1990. Last year, on average, the route served almost one million individual trips per day.

This is not a unique phenomenon in China. An industry expert told Caixin that many metro projects established years ago around the world are in losses too, and rely heavily on government subsidies. As China’s government tightens its public-finance budget, metro companies should expect growing fiscal pressure, the expert said.

Among mainland China’s tier-one cities — Beijing, Shanghai, Guangzhou, and Shenzhen — only Shenzhen is showing better fiscal performance, said the expert. It is also the city with the youngest metro system among the four.