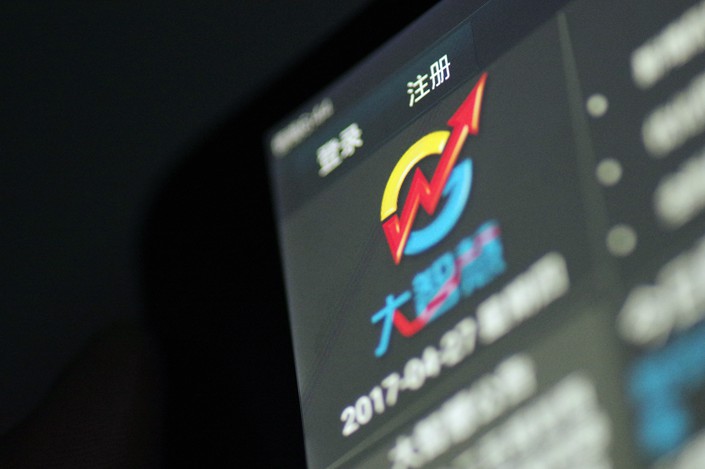 Shanghai-listed financial data dealer DZH has been hit by more fallout from a false disclosure case that China’s securities regulator fined it for three years ago.

Police have detained Zhang Changhong, Shanghai DZH Ltd.’s controlling shareholder and actual controller, on suspicion of illegal disclosure of important information, the company disclosed (link in Chinese) on Friday. The case is now under investigation.

The case resulted from an administrative penalty (link in Chinese) that the China Securities Regulatory Commission (CSRC) imposed on the company in 2016 for including false information in its 2013 annual report.

In its 2013 report, DZH overstated its profit by 121 million yuan ($18.01 million) through a variety of methods, including counting as income funds that it might’ve had to refund to clients, as well as by postponing employee bonuses to artificially lower costs during the period, according to the regulator’s announcement. The CSRC began investigating the matter in April 2015.

In July 2016, it fined the company 600,000 yuan and fined Zhang, then its chairman, 300,000 yuan for the false disclosures. Zhang stepped down as DZH’s chairman and general manager that same year.

Several other board members were also fined, including Rupert Hoogewerf, the chairman of consultancy Hurun, known for its rankings of the wealthiest people in China. Hoogewerf served as an independent director of DZH’s board from November 2012 to October 2015.

A source close to the CSRC told Caixin that there was some internal debate within the commission about the matter, but it went ahead with the penalty and handed the case over to police.

In such cases, the person directly involved can face detention, a maximum fine of 200,000 yuan and up to three years in prison, according to China’s penal code.

The law also stipulates that police may start to investigate if a company’s inflated profits account for more than 30% of its total profits during a reporting period.

At present, Zhang is being detained by police. The investigation will determine whether he is officially arrested and whether his case will be turned over to prosecutors.

Soon after it went public in Shanghai in 2011, DZH’s profit began to decline due to losses in its financial data and data analysis business.

The company has performed poorly in recent years. From 2014 to 2018, it reported net losses attributable to shareholders after deducting nonrecurring gains and losses of 527 million yuan, 694 million yuan, 1.6 billion yuan, 108 million yuan and 6 million yuan, respectively, according to its annual reports.

In 2018, DZH reported its net profit attributable to shareholders plunged almost 72% to 108 million yuan, with operating revenue down 7% at 594 million yuan, its annual report showed.

The company said that revenue from its financial data desktop and mobile terminal service, as well as its services for securities companies, achieved steady growth in 2018, while revenue from its Hong Kong stocks service system declined from a year earlier, according to the 2018 report.

DZH’s main businesses include financial information platforms, a data engineering service, as well as an overseas business mostly focused on financial data terminals and transaction systems in Hong Kong, Singapore, Japan and Malaysia. Its overseas business brought in about 42% of the company’s total operating revenue in 2018, its report showed.

DZH’s stock fell by the 10% daily limit at the opening of trading on Monday, the first trading day after news broke that Zhang was under investigation. The stock remained locked for the rest of the day, closing at 8.76 yuan per share.

This story has been updated to reflect that China’s penal code stipulated that police may start to investigate if a company’s inflated profits account for more than 30% of its total profits during a reporting period.