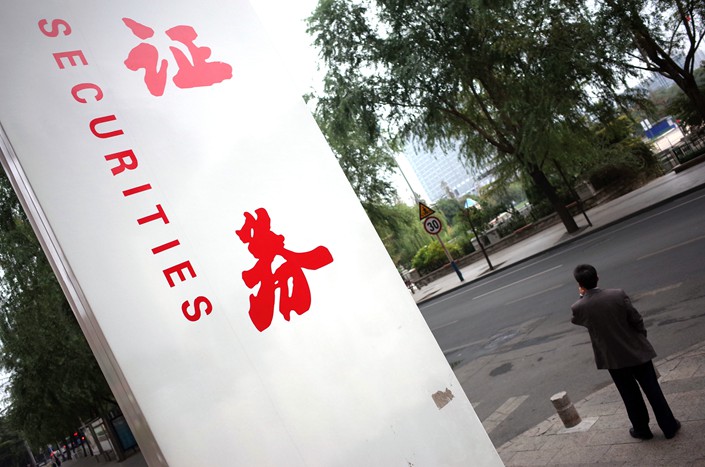 Chinese lawmakers have added a new section to the latest draft revision of China’s Securities Law that addresses special requirements for going public on the new high-tech board, though they did not specify what those requirements might be.

Vague as it is, this addition to the draft revision of the law, now undergoing its third reading, shows that Chinese lawmakers continue to struggle with determining the final rules for a new listing procedure that aims to correct some of the shortcomings in China’s current lengthy and bureaucratic initial public offering (IPO) process.

The latest draft revision to the law includes a section called “special requirements on the high-tech board’s registration-based (IPO) mechanism,” the Constitution and Law Committee of the National People’s Congress announced Friday (link in Chinese).

Given that the registration-based IPO mechanism is a pilot program, a thorough revision to the law for securities offerings will be done after more experience is gained, the committee said.

The third draft of revisions to the Securities Law is too controversial and immature, and the registration-based IPO mechanism is still in an exploration stage and a transition period, a person who participated in the law’s revision told Caixin earlier. The revision may need a fourth reading, the person said.

China’s current IPO system, based on an approval process where the China Securities Regulatory Commission (CSRC) vets every application, has been shown to have many shortcomings. It is unpredictable, lengthy, and prone to corruption because of the power it gives officials to approve or reject applications. The system also imposes stringent requirements on companies and gives them little control over their shares’ offer price. Approvals can take months, or even years. The Shanghai Stock Exchange’s own listing guidelines acknowledge that the IPO process can take more than a year (link in Chinese). Even after companies win approval, the current system requires them to list within six months of the go-ahead, limiting their ability to respond to changes in market sentiment.

Onerous criteria, such as the need for a three-year track record of profitability, effectively shut the door to hundreds of young, high-growth companies because they are money-losing and therefore push them to list on overseas markets.

The latest draft revision also took a step toward addressing the overseas listing issue by specifying that Chinese depositary receipts (CDRs) qualify as statutory securities as the CSRC has conducted a related pilot program, the committee said.

Many Chinese tech giants — such as Baidu Inc., Alibaba Group Holding Ltd. and Tencent Holdings Ltd. — are listed outside the Chinese mainland. To lure these companies back to mainland exchanges, where it is easy for domestic investors to trade their shares, regulators set up the CDR program in March 2018. However, the program lost most of its momentum in June after smartphone-maker Xiaomi shelved plans to offer receipts at the same time as its Hong Kong IPO, ostensibly because of disagreement with regulators over the pricing of the shares.