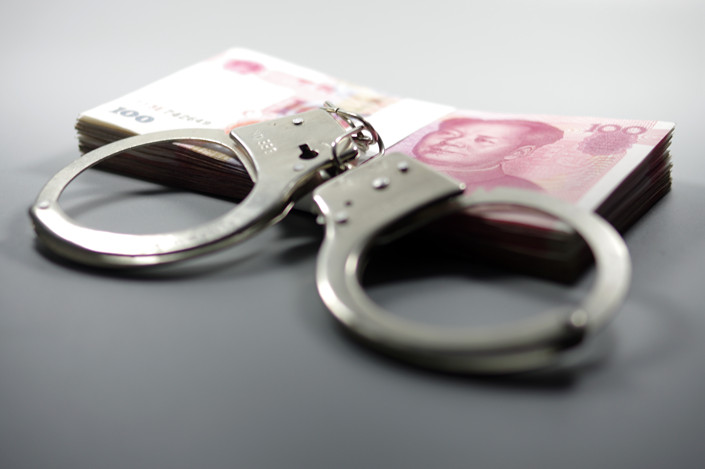 The external demand for market development regulates the “hand of power,” and domestic demand improves corporate governance. Once upon a time, some supervisory authorities engaged in rent-seeking corruption in the name of market innovation. This is a typical example of power interference in the market and actually has nothing to do with the development of the market. If high-ranking supervisors such as Xiang Junbo, Zhang Yujun, Yao Gang, or Yang Jiacai were found to have been selling power, then Lai Xiaomin and other executives were invested in developing the business skills of using state-owned financial resources to engage in the unscrupulous pursuit of their own interests. If supervisory power is unlimited and the governance of financial institutions is weak, how can we then talk about the healthy development of financial markets?

Other than arrogant officials and unscrupulous use of power, corruption in the financial sector is also the product of the backward development of financial markets. After decades of changes, the financial industry has grown, internal controls and compliance has gradually been enforced, and transparency has improved. However, it is overall still quite weak and does not match the scale of the rapidly expanding financial market. The financial industry is part of the franchise industry, with obvious monopolistic characteristics and large rent-seeking space. More importantly, the current allocation of financial resources in China is very opaque, and the allocation method does not strictly abide by market rules, providing fertile ground for corruption. Financial professionalism is strong and has received a boost from information technology. Innovation emerges in an endless stream in the clear, mixed trend of banking, securities and insurance businesses. But it also enhances the concealment and deception of corruption.

There are large holes to plug and small holes to fill in order to develop financial markets and prevent corruption in the sector. The most fundamental way to improve the financial market system is to improve the level of fair competition. Financial institutions should start from improving internal restraint mechanisms. The case of Lai Xiaomin reflects the chaotic “top leader,” but behind him was a general lack of enforcement in the internal compliance system. The strongest and most reliable force for financial institutions to improve internal governance and prevent corruption should be survival of the fittest, but so far it has played a very limited role. This not only highlights the unrestrained hand of power, but also shows that market competition has not been standardized.

Anti-corruption in finance is inseparable from systemic construction. The field of securities issuance, for example, has long been a disaster area for corruption due to its large and centralized auditing power, but it is not transparent, nor does it have effective constraints. The recent implementation of the science and technology innovation board is, to a certain extent, also a systematic response to corruption, and people from all walks of life have placed great expectations on it. In short, the key for system construction is to manage the relationship between the market and the government, restrain and balance power, and let what should be under market rule return to the market. In this way, the power and rent-seeking space will naturally be greatly reduced. It is not difficult to judge whether the supervisory authority promotes genuine financial innovation and follows the principles of openness and fairness or if it promotes rent-seeking props in the style of Xiang Junbo. A system needs not only its own scientific design but must also have strict supporting measures. Take the science and technology board’s registration system as an example once again. The next step should be to improve the anti-corrosion mechanisms. We should pay more attention to who should supervise and how they should supervise. The system should be designed from the beginning with these problems in mind.

Developing financial markets and anti-corruption efforts in the financial sector require strengthening the level of self-discipline in the market. In recent years, the anti-corruption storm in finance has made important progress, but is a long way from eliminating corruption completely. Under such circumstances, people lack confidence in market self-discipline. However, the development of a mature economy with bigger, better and stronger financial markets requires market self-discipline. As far as China’s own experience is concerned, the regulatory authorities consciously relaxed administrative control over public funds and strengthened industry self-discipline as early as the beginning of the century. It is not accidental that this field is relatively clean amid the anti-corruption storm.