Wanda to Spend $300 Million on Chinese Soccer After Europe Exit 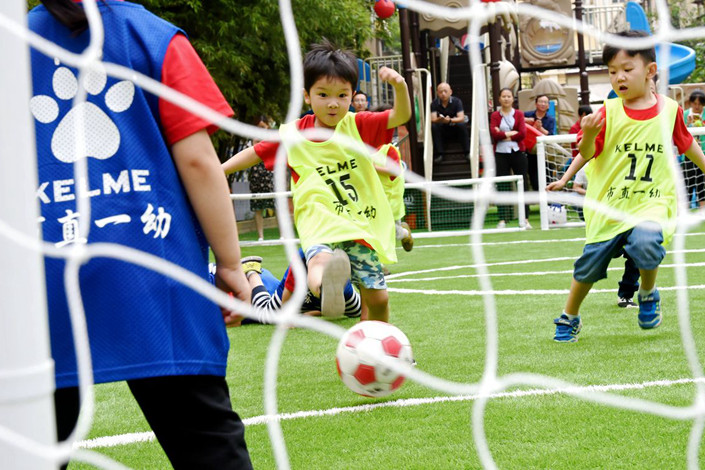 (Bloomberg) — More than a year after selling its stake in Club Atletico de Madrid, Chinese conglomerate Dalian Wanda Group Co. Ltd. is planning to spend millions to promote soccer in its home country.

The group controlled by billionaire Wang Jianlin plans to invest 2 billion yuan ($297 million) to build 23 soccer fields and training facilities in the northeastern city of Dalian, Wanda said in a statement on its website on Monday. The amenities will be able to accommodate as many as 600 players and coaches and will start in December, according to the statement.

Wang is betting on a sport that isn’t as developed in China as it is in many European or South American nations, but has room to grow in the Asian country. After President Xi Jinping, the game’s most powerful fan, announced a plan in 2015 to transform China into a soccer superpower, mainland companies including Wanda started pouring money into foreign clubs — a trend that has died down since, following a crackdown by Beijing.

Wanda agreed to sell its 17% holdings in Spanish club Atletico early last year as part of a wave of asset disposals amid increased scrutiny of what the Chinese government called “irrational investments” that resulted in capital outflows. In their heyday of investments, mainland money had poured into dozens of overseas soccer clubs, including AC Milan and Birmingham City.

With the latest move, Wanda is turning its focus back on domestic sports. The group will also spend 50 million yuan annually to support 60 youth teams in Dalian. Since 2011, the company has been sending 30 talented players every year to Spain to train with professional clubs, with over 200 trained in total so far, it said.