Opinion: The Lessons From Mobike and Amazon’s Failures Overseas 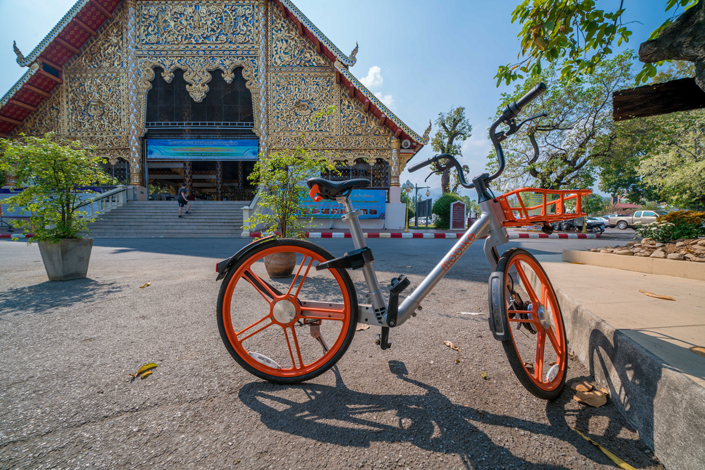 In March, China’s largest bike-sharing company, Mobike, said it would close its businesses in some Asian countries. This was seen as a major step in Mobike’s withdrawal from its overseas expansion.

In April, global e-commerce giant Amazon said it was shutting its platform for third-party vendors in China. This was also seen as a milestone in Amazon’s losing battle with its Chinese competitors such as Alibaba and JD.com.

Why do companies that are the top players in their own countries end up suffering in overseas markets? Knowing the reasons will help prevent other Chinese companies from making the same mistakes.

In July 2017, Mobike and its domestic rival Ofo were in their heyday. Raising another round of $600 million and $700 million, respectively, the two bike-sharing companies had poured millions after millions into bikes sitting on the streets of major Chinese cities in order to grab bigger market shares. As the domestic market became saturated, both companies started to look abroad for further expansion. They announced that they would set up in more than 200 cities around the globe. And the Chinese media was excited.

But they overestimated their power and were ill-prepared for the difficulties they would face in overseas markets. In the less than two years since then, Mobike has closed its most important Asia-Pacific businesses, and in effect has given up its global ambitions. Ofo has been struggling to survive in just the Chinese market after it stopped receiving investment to cover its huge operation costs. Its overseas presence has long gone.

Looking back, the overseas expansion was a strategic mistake: they should not have “gone out” at all. There were too many troubles awaiting them when they ambitiously tried to copy their success in China: overseas markets have stricter regulatory barriers, higher maintenance costs and people’s commuting habits are different.

The lesson for Chinese companies’ going-out plans are clear. Companies must prepare their strategy very well. Strategic mistakes could deal a serious blow to a company’s development, or even lead to its death.

Compared with the young internet-based companies Mobike and Ofo, Amazon is an established business giant with a market valuation of around $1 trillion. It has nearly 20 websites selling goods around the world.

However, it has not done well in China, the world’s largest e-commerce market. Its problem has not been its global expansion strategy, but its tactics in China. Actually, Amazon’s major problem has been its lack of localization on the Chinese mainland.

The web design, payment process, logistics and after-sales service are all copied from its mother site in the U.S., but do not necessarily fit with Chinese customers. Amazon rarely participated in the popular shopping festivals created by Alibaba and JD.com. Alibaba booked 213.5 billion yuan ($34.4 billion) in gross merchandise value during its 24-hour shopping festival on Nov. 11 last year.

Amazon CEO Jeff Bezos once reflected on this problem in 2016 when the company opened its Prime membership program in China.

“We mostly tried to roll out what worked well for us in Japan, Germany, the U.K., Spain, France, Italy, the U.S., etc., and it needed more local market customization,” he told the media site Vox.

But more than that, Amazon has not trusted its China team. Decision-making has been closely controlled by the U.S. headquarters, and the China team only plays the role of operator.

A Chinese e-commerce CEO told the media in 2011 that the troubles of Amazon China lay in the fact that the leader of its Chinese team had no power over its business strategy.

The lesson for Chinese companies that want to go out is clear: even if you have the right globalization strategy, you must customize according to each market, and put your trust in local managers.

More and more Chinese companies are ready to explore overseas markets as domestic ones become increasingly saturated. The government-backed Belt and Road Initiative is encouraging more entrepreneurs to look for opportunities along trade routes in Asia, Europe, Africa and other regions.

However, too many companies have seen their ambitions come to nothing because of their failure to adapt to local markets.

There are also successful companies such as Huawei, Alibaba, Xiaomi and ByteDance that have firm footholds in overseas markets.

The successful global companies have three things in common.

A mature company will ask a series of important questions before they make the decision to expand overseas. Why should they head abroad? For market share, finance or technology? Are the cultural and business environments good for your company? Are there any competitors in the target country? What are their advantages? These questions will not just be asked in internal discussions. A mature company will even get outside experts or consultants to give a thorough assessment of the company’s overseas business plans.

Companies should also realize their overseas businesses will be long-term and may face a lot of difficulties. If a company is not well-prepared for possible problems and rushes into a market, they may give up when a few problems surface. They won’t be able to achieve long-term success.

All successful companies have done a good job in localizing their products and services. Chinese smartphone-makers such as Huawei, Xiaomi, Vivo and Oppo, have been competing well with other top smartphone-makers in India and many Southeast Asian and South American countries. They entered the local markets mainly by cooperating with local telecom operators, smartphone retailers and e-commerce platforms.

Chinese software companies such as Cheetah Mobile and Apus Group have also been successfully growing their influence in countries such as India, Indonesia and Brazil. They took advantage of relatively loose regulations and the low cost of localization.

The most important part of globalization lies in picking suitable local managers. A good local executive will shoulder the responsibility of carrying out the headquarters’ global strategies while exploring the local market. The person should be familiar with the local language, culture and business environment, and can freely communicate with the headquarters without any problem. Amazon’s trouble was partially due to its mistrust of its Chinese managers. A multinational company should give enough trust and incentives to allow a regional chief to innovate and make decisions.

For Chinese companies, their global business expansion is only starting. How they surf the tide of the Belt and Road and make successful business ventures will be a realistic test.

Cai Kailong is a senior research fellow with the Fintech Institute of the Renmin University of China. He is also former chief strategy officer of Huobi Group, a bitcoin exchange operator.