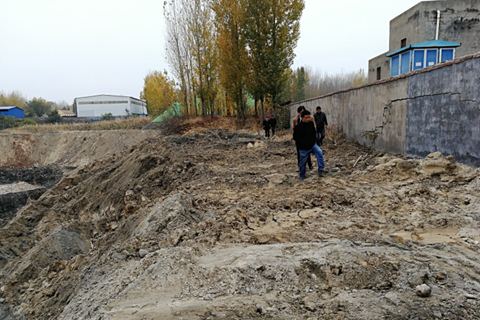 Photo: Ministry of Ecology and Environment

Environmental officials are returning to problematic areas in parts of the country to check if violations have been “rectified,” and the results for Shandong province, at least, aren’t good.

In 2017, in a first round of inspections, a number of chemical engineering projects in Shandong were found to be in violation of regulations and were required to immediately suspend production and dispose of the chemicals.

So-called “look back” inspections took place last November, and the results have just been released. Many of the projects that were initially found to be in violation had indeed been punished, the report found, but the issues were not resolved, or once the rectification processes began, they swerved off course or became less effective.

The latest inspection in Shandong also found that Dongping County had failed to stop illegal sand mining in a wetland nature reserve, and that the Weitan River remained polluted, with sewage overflows and chemical waste stored near the river. Tests found that the water quality was the worst on the measurable scale.

Read all of Caixin's environmental coverage