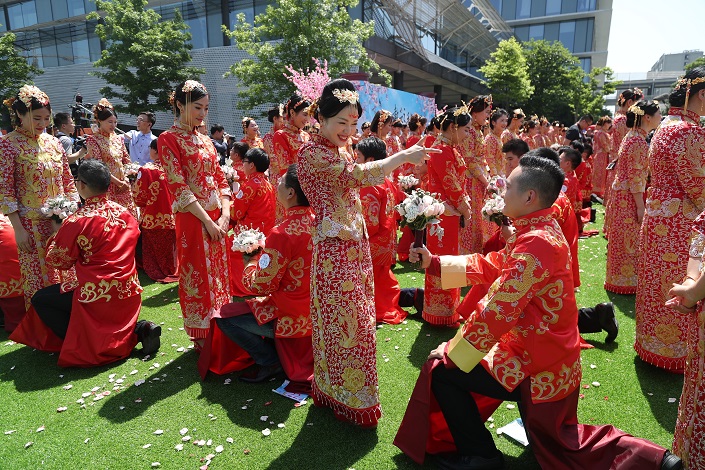 Couples participate in an Alibaba mass wedding in 2017. Photo: VCG

Alibaba has been accused again of sexism after founder Jack Ma told newlywed couples last week to have sex six days per week.

Ma’s comments prompted a backlash after a video of his speech was posted to Alibaba’s official Weibo account. China Women’s News asked in a Weibo post if the Alibaba founder should be discussing employees’ private lives. Another Weibo user wrote, “Everyone is working 996, who is in the mood for 669?”

Ma came under fire just last month for defending the “996” work week amid an online protest by workers in China’s tech industry against grueling working hours and the danger the culture poses to workers’ health.

Alibaba also attracted criticism last year for publishing recruitment advertisements featuring women in suggestive poses. The tech giant has pledged to adhere to stricter reviews of its job ads to ensure that they are compliant with principles of workplace equality.