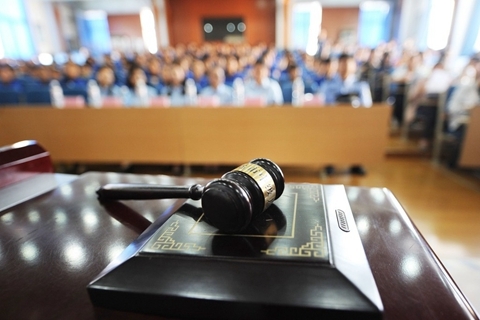 China’s burgeoning “danmei” novels have hit an obstacle. An author of the genre, which features homoerotic love stories between two men aimed at a young female audience online, has been sentenced to prison for “illegal publishing.”

The author, who writes under the name “Mr. Deep Sea,” was sentenced to a prison term of four years and fined 120,000 yuan ($17,350) for printing and selling copies of her online novels without the legally-required official book number, price and publisher’s name. She was first detained in December 2017 while signing copies of her latest self-published novel, “The Caged Emperor.”

The Wuhan court that held the trial said that the five defendants “each played an indispensable role” in the illegal publishing of the novels. Caixin learned that the author’s father was unhappy with the court’s decision and plans to appeal.

The defense lawyer of one of the Taobao operators pointed out that the law applied in this case is more than 20 years old. “The law often lags behind complexities in society,” he said. “The law should be adjusted and perfected according to new situations that appear in life.”