With China Refusing Shipments, Canola Piles Up on Canadian Farms 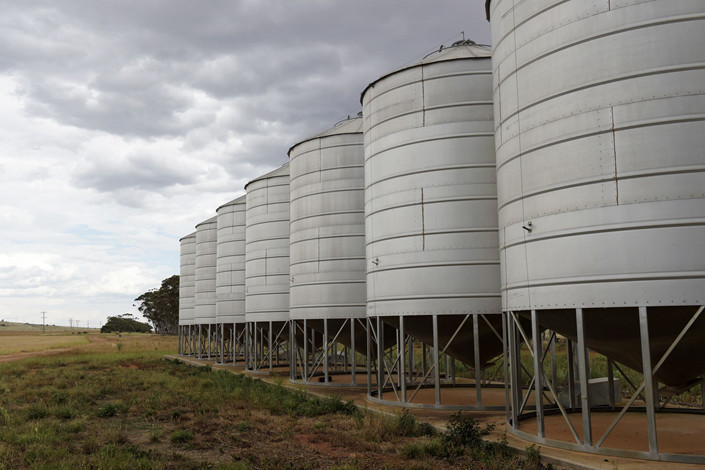 (Bloomberg) — Canada is about to face a canola crunch that could add new costs for farmers in the midst of a trade tussle with their biggest buyer.

With China snubbing canola purchases, stockpiles of the oilseed as of March 31 were at their highest level for the time of year since 1980. With much of the 2018 harvest sitting in bins, many growers could find themselves forced to buy new storage capacity for the 2019 crop they’re now in the process of planting.

The cost: An average of C$2 ($1.49) per bushel, or about C$60,000 for a bin large enough to hold 30,000 bushels, according to Dave Wall, the president and sales manager at Winnipeg, Manitoba-based Wall Grain Handling Systems, a grain bin and dryer dealer. That could create a cash-flow problem for many growers, Wall said.

“You can’t buy many bins if you’ve got a million dollars in your bin,” Wall said. “So you need a very good banker or lots of assets.”

Lane Stockbrugger, who grows canola and other crops in Englefeld, Saskatchewan, has locked in some sales for the fall canola harvest. But he also already ordered two steel grain bins for his farm this year in anticipation of plenty of leftover supplies.

The outlook is bleak because of the country’s strained relationship with China, its biggest canola buyer. Beijing alleges impurities in the crop, but Canada says it has so far declined to provide evidence of that. Instead, it’s seen as likely retaliation for Canada’s detention of Huawei Technologies Co. Chief Financial Officer Meng Wanzhou late last year on a U.S. extradition request.

The result of the tussle: July canola futures have slumped 10% in 2019.

Farmers are adding to storage, “expecting that it may not be a very fast action back to sales into China,” said Stockbrugger, who is also chair of the board of directors for producer group Saskatchewan Canola Development Commission.

Canola requires cool, dry conditions for storage. The ideal situation is the steel grain bin, since it allows for easier temperature regulation. A cheaper, but less optimal solution, is the grain bag, where the crop can be stored for as long as 40 weeks, said Angela Brackenreed, agronomy specialist with the Canola Council. Some farmers may even end up getting creative and use non-traditional storage options like sheds this year, she said.

“We probably are going to be in a situation where we’re going to have grain in the bins longer than we would expect and not have so much selling off the combine,” farmer Stockbrugger said.