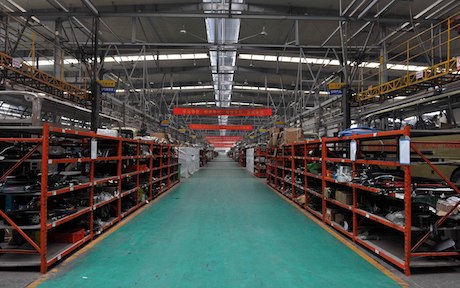 A car company in Henan province claims that it has built a car engine that can run purely on water.

China Youngman Automobile Group recently announced that its “hydrogen-fueled vehicle,” first unveiled in 2017, is now ready to hit the market. CEO Pang Qingnian said the car can turn water into hydrogen through a “catalytic chemical reaction” without refueling or charging for up to 500 kilometers (310 miles).

Pang’s claim that an engine can run on water alone has raised doubts, with some wondering where the energy required for the chemical reaction that would change water to hydrogen comes from. In an analysis piece, Caixin environment reporter Yu Dawei points out that producing hydrogen requires an energy source like coal or natural gas, or metals such as sodium, potassium, or aluminum, which can react with water to produce hydrogen.

In an interview with Shanghai-based news site The Paper, Pang was tight-lipped about the engine and the source of investment for the project. He said that his company began research in 2006, but would not reveal the technology, how much investment the company had received for the project, or whether they would be applying for a patent.

Not everyone is skeptical of the project — newspaper Nanyang Daily celebrated the company's "achievement" with an article featuring quotes from local officials praising it as a marvel of engineering.