Galaxy to Back Lithium Processing Plant in China 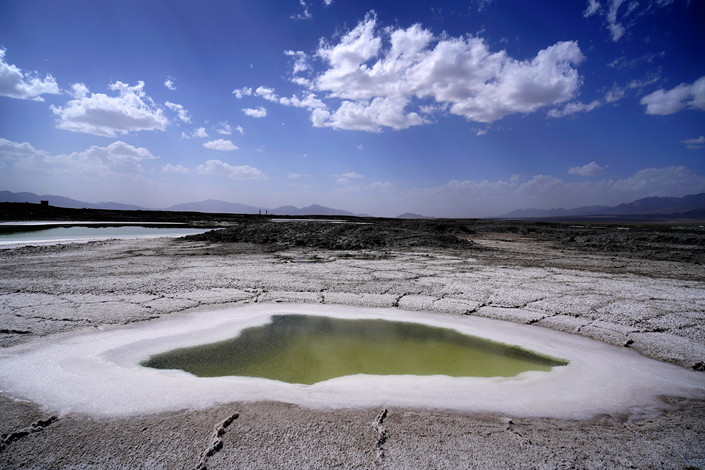 (AFR) — Galaxy Resources is poised to make the leap from lithium exporter to battery chemicals producer with a processing plant investment in China.

The move will see spodumene concentrate from the company’s Mount Cattlin mine in Western Australia (WA) shipped to China for processing into either lithium carbonate or lithium hydroxide.

It comes as Galaxy confirmed it had taken a strategic stake in another WA lithium exporter, Alliance Mineral Assets, because of Mount Cattlin’s limited mine life and the exploration potential associated with Alliance’s Bald Hill mine.

Galaxy Chairman Martin Rowley also revealed the board continued to weigh up a share buyback as part of a strategy to counter short sellers and was in talks with three parties about the sale of a minority stake in the company’s $474 million Sal de Vida lithium project in Argentina.

One of parties will make a site visit to the brine extraction project high in the Andes mountains next week in a twist to Galaxy's cancelling JPMorgan’s 12-month campaign to find a buyer for a stake in Sal de Vida in April.

Rowley said the move into lithium processing was “happening now” with debt-free Galaxy’s balance sheet bolstered by the final settlement in February of the $280 million sale to South Korean steelmaker POSCO of a package of tenements near Sal de Vida.

Galaxy is seeking a minority stake in a processing plant alongside a Chinese partner after telling investors at its annual general meeting in Perth on Tuesday there were signs of a turnaround in the bearish lithium market.

It estimates a 40% stake in a processing plant with capacity to produce 25,000 tons a year of lithium carbonate or hydroxide will cost in the order of $50 million to $60 million.

Rowley said it did not make sense to build a processing plant in WA at a much higher cost when Mount Cattlin’s remaining mine life was about five to six years.

“But we can participate in a new or existing facility for that time and then work on getting a substitute [mine] asset from somewhere, which is the likes of Alliance,” he said.

“If Alliance turns out the way we want, there is a possibility of some merger or something … we haven’t thought about it yet and we still have a lot of work to do.”

Galaxy is eyeing a 15-year mine life to underpin its operations in WA and chemical processing ambitions in China after the early move on Alliance also put it front and center for any float of Cowan Lithium, a private company spun out of Alliance and owner of tenements adjacent to Bald Hill and others close to Mineral Resources’ Mount Marion lithium mine.

“They [Alliance] have been on a tight budget getting their plant up and operating and haven’t done any exploring, so their mine plan is deficient,” he said.

“They recognize that themselves and they would agree. Having this money, we can target some proper exploration to change the mine plan to a longer life.”

It is understood a number established battery-chemicals makers in China, including existing customers, have approached Galaxy about taking a minority stake and locking in all of the company's spodumene concentrate production.

Rowley said U.S. President Donald Trump's trade war had added to the current weakness in lithium markets, with customers in China telling him last week they were having trouble getting money out and accessing U.S. dollars.

The trade war has also stirred increased U.S. interest in Galaxy's James Bay project in Canada, after Trump's decision to declare lithium a strategic metal highlighted the dearth of mining and processing in North America.

Rowley said Galaxy had rejected “strong value” bids for a majority stake in Sal de Vida — where 15 hectares (37 acres) of trial extraction ponds are under construction — during the JPMorgan sale process because it did not want to give up control of the project.

The co-founder of First Quantum Minerals, one of the world's largest copper producers, said he had been surprised by some of the companies interested in the lithium sector and Sal de Vida.

“Major mining companies that are not in lithium have been looking — oil and gas companies, iron ore companies, copper companies,” he said.