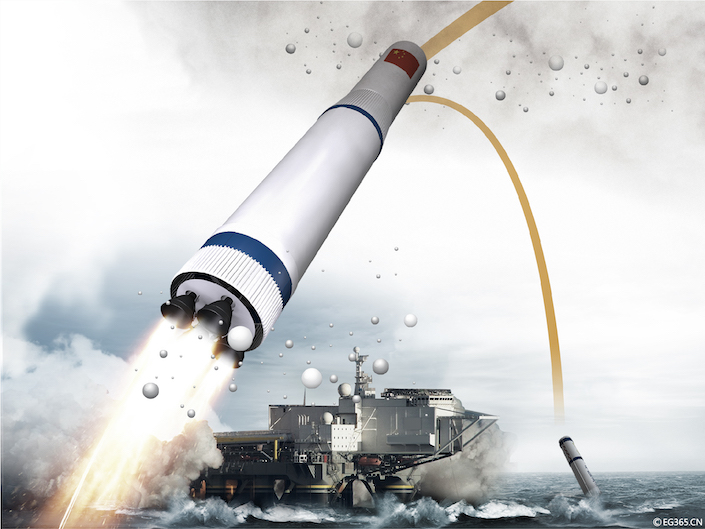 China launched its first-ever carrier rocket from a sea-based platform on Wednesday, CCTV reported, in a milestone in the rapid development of the country’s space program.

The Long March 11 blasted off at 12:06 p.m. from a cargo ship in the Yellow Sea, sending seven satellites into orbit.

Two of those satellites are for pilot telecom projects, two are for weather monitoring, and three are for space data collection and earth observation, CCTV said.

Early this year, China laid out plans for multiple new moon missions, and reiterated its aim to reach Mars by 2020.