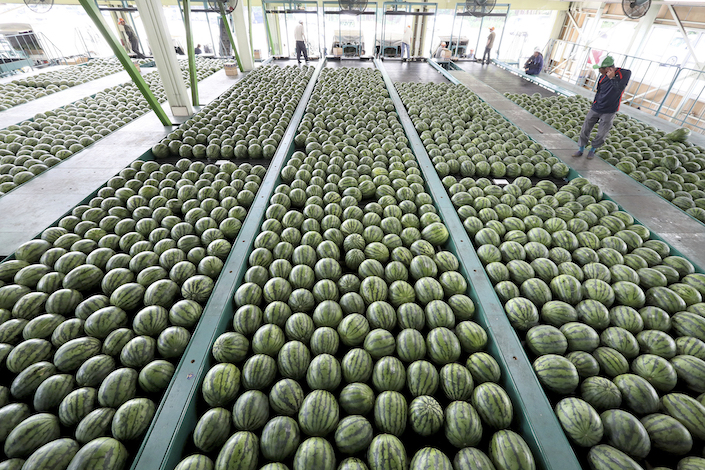 While some people are complaining about rising fruit prices driven by seasonal supply changes, one user of China’s Twitter-like Weibo is having quite different bitter-sweet troubles: how to deal with a prize of 15,000 kilograms (33,000 pounds) of watermelons.

The prize is part of an online lucky-draw by Alibaba's fresh food retail unit, Hema — essentially a marketing gimmick that seems to have gone over well on Chinese social media.

According to lucky-draw rules published last week, every 10 re-posts of a Hema marketing article will add 0.5 kilograms of watermelon to a prize pool, which in the end will go to one person. By Thursday, the day for the final announcement, the article had been re-posted over 300,000 times. That meant Weibo user “Bufushu” alone had won the 15,000 kilograms of watermelons.

What does one do with the delivery of more than 3,000 watermelons? Hema’s official Weibo account said Bufushu has requested to receive cash equivalent instead of the fruit.

However, Weibo users, whose re-posts created the gargantuan prize, will vote to decide whether Bufushu will get the physical melons or the cold hard cash, Hema said.