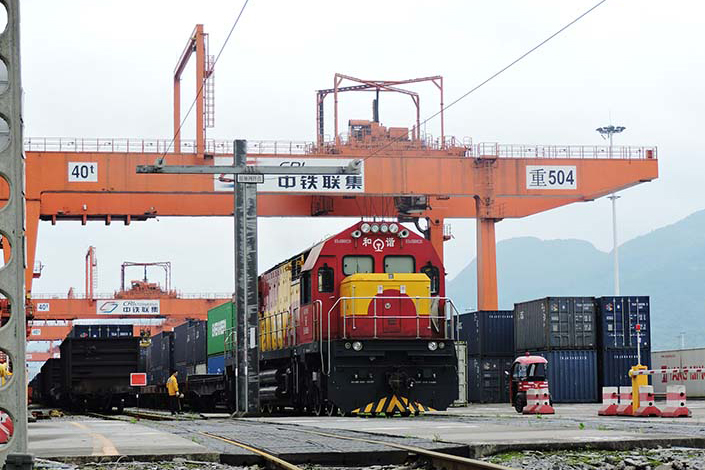 In the fog and thunder created by the all-but-declared trade war (and low-grade geopolitical confrontation) between the U.S. and China, one of the key players has so far stayed silent. That player is of course the European Union (EU), and its attitude toward both rivals may tip the balance in favor of either the U.S. or China.

The EU is an economic and political bloc of 27 (minus the U.K.) — European nations that have for a very long time now centralized their trade policies. It is no simple matter for the EU to take sides in the ever-escalating U.S.-China trade dispute. The process through which a decision may be reached is going to be a very convoluted one. EU member states’ economic interests are bound to clash, further undermining the coherence of the EU and possibly irreversibly so. Moreover, any final decision, if it is ever reached, will be fraught with danger.

The EU is both economically and politically a very interesting trade bloc due to its lack of homogeneity and the pluralistic nature of the economic, cultural and political relations that EU member states maintain with China. At the same time, most EU nations have been, and will remain for the foreseeable future, under the defense umbrella of the U.S.-dominated NATO.

In trade terms, China is the EU’s top trading partner, accounting for 20% of EU imports in 2018. In terms of EU exports, China was the second-largest export partner (11% of EU exports) in 2018, topped only by the United States (21% of EU exports). Moreover, unlike common misconceptions, while the EU carries a vast and persistent trade deficit with the China in the area of trade in goods, the EU does not carry a balance of payments deficit with China. In fact, in 2017 the EU posted a payments surplus with China in excess of 16 billion euros ($17.92). Even more critically, the EU was a net recipient of direct investment flows from China of 4.2 billion euros in 2017. These investment flows have most been directed to countries that face a serious investment (funding) gap, such as countries in Central and Eastern Europe and Greece and Italy.

Furthermore, a series of agreements that China signed with Greece and Italy and other European countries as part of the Belt and Road Initiative indicate that Chinese funds —especially to the southern periphery of the EU, which was also the region most affected by the debilitating Eurozone debt crisis — are set to increase.

Naturally, both China and most European countries have very strong interest to keep the relationship intact. Moreover, if China revamps the Belt and Road to include rigorous environmental and debt sustainability safeguards and upgrades equity investments at the expense of debt dependence, any hostile rhetoric against the projects in Europe will be neutralized. Yet before long the security question will be posed, and not just by the U.S. leadership, which is already enraged with EU countries like Germany for their very large trade surpluses and very low defense spending, but also by the German political elite that sees Chinese investment flows as a dangerous rival to its nearly complete economic domination of the EU.

But it is difficult to see how China will continue with BRI and other investments when EU member states block key Chinese companies like Huawei from accessing their markets. It will be a dilemma with no easy answers. It is not just the trade arithmetic that shows that if the EU joins the U.S. in blackballing Chinese high-tech companies and investment, it risks a serious drop in trade in key areas of the EU economy (chiefly services), at a time that the U.S. is also becoming protectionist toward EU exports, it would also imperil three decades of assiduous effort to cultivate cultural, education and political ties with China.

In a way, the China-U.S. trade war will either trigger the process for further political and defense integration of the EU — not likely in the current political climate — or it will accelerate the trend toward disintegration with each of the EU member states making a decision vis-à-vis China in accordance with their national interests.

It is also Italy that faces the biggest investment and output gap since it entered the eurozone (alongside Greece and Portugal) and the most likely beneficiary of Belt and Road investment. Hungary and the Czech Republic — two other EU member states that are away from the core — have also received Belt and Road funding. This is not to say that China itself will not have to deal with major dilemmas toward the EU as well. It is no secret that China prefers to deal with the EU as a single trade bloc and its support for the preservation of the EU is more than explicit. Yet it would make sense to start creating contingency plans that will lead to an upgrade of its trade relationship with EU member states — bypassing Brussels and possibly Berlin. It is, in fact, the cultivation of these bilateral relations what will play the key role in preventing the EU from being forced to swing firmly in favor of the U.S. In this game, China holds the biggest carrot of them all: the good will created by basic arithmetic.

Emilios Avgouleas is a chair in international banking law and finance at Edinburgh University and a distinguished research professor at Hong Kong University.