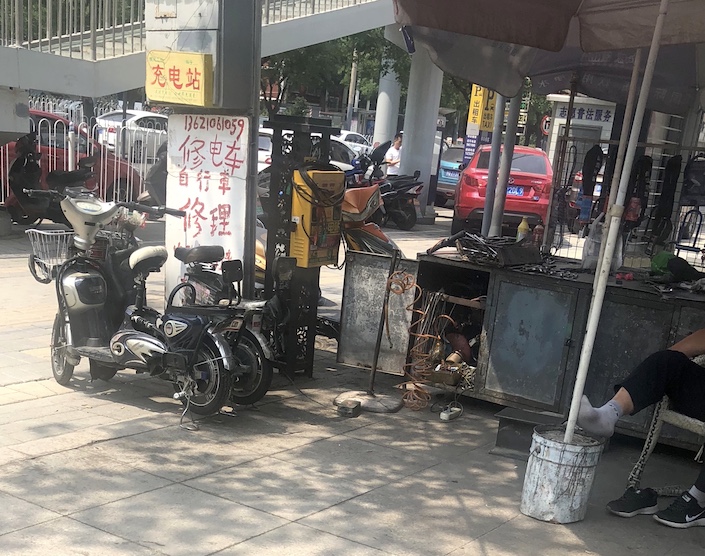 That sound whizzing past you on the streets of China? It’s is a deliveryman on an electric scooter, rushing to get hot grub to a hungry customer. Many of them work long hours and make a mere few dollars per hour.

But all that scooting around town quickly runs down an electric battery, and many drivers don’t have the time to return home to charge their vehicle.

Scooters and e-bikes in general have become increasingly popular among users in China, but especially so because of the booming delivery sector. But on-the-go charging services are largely run by individuals who have no official training or offer lower-quality services.

The tie-up, announced Wednesday, will begin with an initial investment of 1 billion yuan ($145 million), and will run roadside lockers housing fully-charged CATL batteries that scooter users can pick up on the go.

Hellobike didn’t respond to Caixin’s questions regarding detailed plans for the deployment of the battery stations, but promised to announce its fee plans, which will “dynamically” vary geographically.

Related: Toyota to Buy Batteries from China’s CATL and BYD as It Revs Up Electric Car Plans