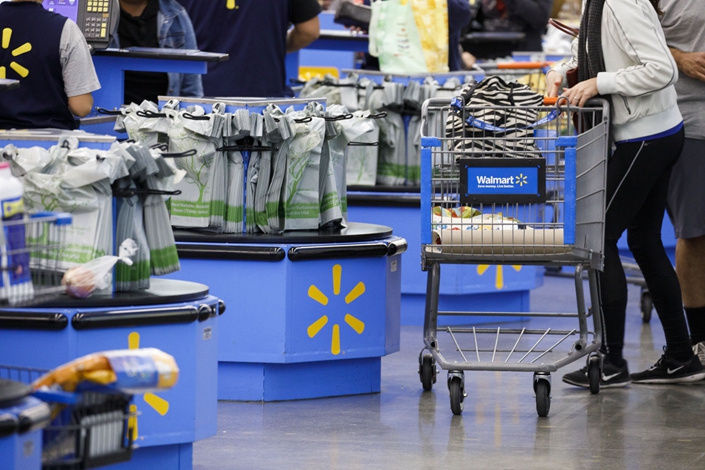 The companies and groups said in the letter that both sides will lose in an escalated trade war. Photo: Bloomberg

(Bloomberg) — Wal-Mart Inc., Target Corp., Macy’s Inc. and hundreds of other companies and associations made a plea to President Donald Trump not to impose additional tariffs on Chinese goods, and to return to the negotiating table to strike a trade deal with Beijing.

More than 500 companies and 140 groups representing manufacturers, retailers, oil and gas firms and other industries signed a letter addressed to Trump on Thursday from “Tariffs Hurt the Heartland,” an umbrella group of trade associations that’s pushing back against Trump’s trade war.

“We remain concerned about the escalation of tit-for-tat tariffs,” the companies and groups said in the letter. “We know firsthand that the additional tariffs will have a significant, negative and long-term impact on American businesses, farmers, families and the U.S. economy.”

Trump placed duties on $250 billion of Chinese products in 2018. After talks on a trade deal with China faltered in May, he ordered a tariff increase to 25% from 10% on $200 billion of goods and targeted an additional $300 billion in products for duties — including consumer items from clothing to toys to mobile phones that the administration tried to spare in previous rounds.

The coalition commissioned a report in February that showed the U.S. tariffs and China’s retaliation would lead to the loss of more than 2 million U.S. jobs, increase costs for the average American family of four by almost $2,300, and trim U.S. GDP.

The president has repeatedly threatened to raise tariffs if Chinese President Xi Jinping doesn’t meet with him at the Group of 20 leaders’ meeting on June 28 and 29 in Osaka, Japan. Trump is still waiting for a response from Xi about a meeting, economic adviser Larry Kudlow said Thursday, and Trump said on Wednesday he had no deadline to return to trade talks.

The companies and groups said in the letter that they support Trump’s efforts to hold trading partners accountable, but that both sides will lose in an escalated trade war.

“We are counting on you to force a positive resolution that removes the current tariffs, fosters American competitiveness, grows our economy and protects our workers and customers,” the companies and groups wrote.