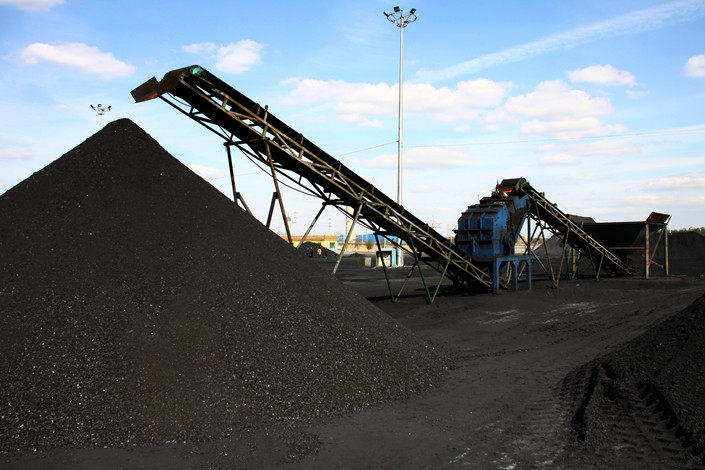 If price premiums for coal with higher energy content continue to track above historic levels, BHP may be able to justify the higher unit costs. Photo: IC Photo

(AFR) — BHP is working on a plan to change the types of coal it produces in the Australian state of New South Wales (NSW) in response to the Chinese import curbs that shocked coal markets earlier this year.

China is the main buyer of export thermal coal from BHP's Mt Arthur mine in the Hunter Valley, but unofficial import restrictions on Australian coal shipments this year have prompted BHP to study ways to produce more of the coal specification demanded by Japanese customers.

S&P Global Platts senior editor for Asia thermal coal Mike Cooper said there had been no sign of China relaxing the import restrictions on Australian coal that have typically manifested as lengthy customs clearance at Chinese ports.

Aside from finding a more reliable customer for its thermal coal, the plan could enable BHP to access higher prices for the coal it exports from NSW while fitting with the company’s broader mission to reduce the carbon intensity of its business.

Japanese and many Korean customers typically prefer coal with at least 6000 kilocalories of energy per kilogram, and BHP has been trialing ways to upgrade the raw product from Mt Arthur to that higher energy level.

Trials at Mt Arthur have successfully produced coal with higher energy content, with the process involving extra washing of coal.

It was unclear how much of Mt Arthur’s production could be elevated to the higher energy level but if adopted permanently, it is understood the project would change the proportions of the various coals produced at Mt Arthur, rather than deliver a wholesale change to the product offering.

The trade-off from the coal upgrades is expected to come in the form of higher unit costs; washing of coal adds to production costs, while the proportion of saleable coal produced from the total volume mined would be lower.

But if price premiums for coal with higher energy content continue to track above historic levels, as they have done during the past year, BHP may be able to justify the higher unit costs.

S&P Global Platts said that 6000 coal from the Hunter Valley was selling on spot markets for about $17 per ton more than the price of 5500 coal, which has slumped to a three-year low near $50 per ton.

That $17 per ton premium is wider than the traditional premium, which has historically been closer to $10 per ton, according to Cooper.

The premium soared to more than $50 per ton in the Australian winter of 2018, about the same time as prices for 6000 coal from the Hunter Valley were at six-year highs.

But prices for all types of coal have declined sharply since 6000 coal peaked above $120 per ton in July 2018.

The price falls have been variously blamed on a warm winter in Europe pushing surplus coal into Asian markets, and a stronger performance in 2019 from hydroelectric generators in China that were hampered by drought last year.

Yancoal also exports thermal coal from the Hunter Valley, but chief executive Reinhold Schmidt said he was not changing his product mix in the wake of the Chinese import restrictions.

Schmidt said he believed the Chinese restrictions would be a temporary phenomenon but may have been a factor in recent coal price weakness.

“The way the thermal coal market is moving around it has become an emotional environment, there aren’t a lot of fundamentals driving it, the only thing that has created a bit of weakness in the 5500 market is the Chinese actions earlier this year, and at some stage that is going to change,” he said.

“From Yancoal’s point of view we are not concerned about that at all.

“We blend to the customers’ requirement, so we have not changed any of our production profiles so far this year at all.”

Most 6000 coal from the Hunter Valley is sold to Japanese buyers on annual contracts negotiated each April rather than the more volatile spot market.

S&P Global Platts said Japanese contract buyers agreed to pay $95 per ton for coal shipments during the year to April 2020.

BHP’s Mt Arthur mine is not entirely focused on export markets, with some of its coal transported by conveyor belt to AGL’s nearby Bayswater and Liddell power stations.

BHP said last month that it had little appetite to grow its exposure to thermal coal mines like Mt Arthur in future, saying it had “no appetite for growth in energy coal regardless of asset attractiveness.”

The company’s other thermal coal exposure comes through a stake in Colombia’s Cerrejon mine.

BHP hinted last month that it may not be the natural owner of the two mines.

“Our energy coal exposure is just 3% of our asset base. But it is made up of two very high-quality mines which generate high margins. Our focus will be on maximizing value to shareholders, whether we are long-term owners or not,” said chief financial officer Peter Beaven in an investor briefing on May 22.

This story was originally published in the Australian Financial Review