China Suspends Some Developers’ Bond Sales to Rein in Risks 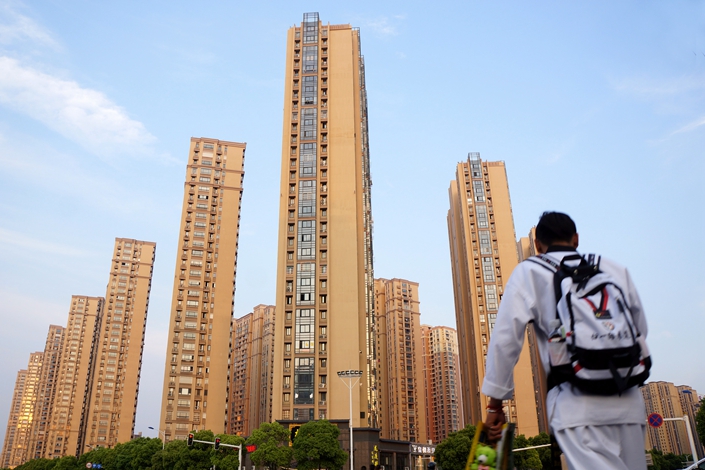 (Bloomberg) — A Chinese regulator has barred some of the nation’s developers from selling bonds in a bid to curb excessive fundraising by the sector, according to people familiar with the matter.

The National Association of Financial Market Institutional Investors, a unit under China’s central bank, has since last week halted some builders’ debt sales via window guidance, said the people, who are not authorized to speak publicly and asked not to be identified. NAFMII regulates short-term commercial paper, medium-term notes, and private placement bonds in China’s interbank market. The regulator declined to comment.

The move follows recent measures by China to keep the housing market in check by reining in excessive borrowing by property developers. Several builders that were found to have bid aggressively in land auctions saw their bond and other debt issuance plans in the exchange market suspended by regulators, people familiar with the matter said earlier this month.

As a result, local note sales by the developers have slowed sharply in June with just 15.8 billion yuan ($2.3 billion) of offerings so far, down 44% from the same period in May, according to Bloomberg-compiled data. The year-to-date sales tally, however, is still a record, the data show.

Some of the developers are already canceling deals. Guangzhou R&F Properties Co. Ltd. scrapped its plan to sell super short-term notes to control financing cost, the builder said in a statement this week.

That’s amid price gains which are especially pronounced in so-called tier 2 cities (generally defined as provincial capitals and regional economic hubs like Hangzhou on China’s east coast and Wuhan in central Hubei province), where they rose in May after a robust April.

“The slower supply since May was due to a combination of factors including front loading issuance, seasonal effect, a deteriorated risk sentiment and a tighter policy environment,” said Steve Wang, deputy head of research at BOC International Holdings Ltd. “That may continue through summer and total 2H volume is unlikely to surpass the record 1H.”