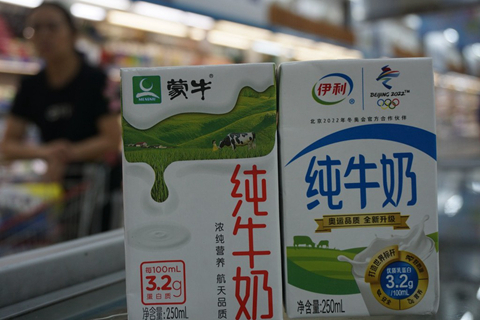 Yili warned that it may pull out of sponsoring the games and pursue legal remedies to protect its rights, the company said in a strongly worded open letter that went viral online Thursday.

Yili said Mengniu bypassed local organizers to sign up as a “joint beverage global partner” of the International Olympic Committee with Coca -Cola Co. after it lost the exclusive dairy sponsorship to Yili.

Yili said the move would confuse Chinese consumers and lead them to believe that Mengniu is also a dairy products partner of the Beijing Games.

A Mengniu publicity executive told Caixin that the company followed the rules on the sponsorship, without providing details.

Some analysts said Mengniu isn’t necessarily breaking Olympic sponsorship rules as it took advantage of its small portion of the beverage business to obtain the beverage partnership with the International Olympic Committee, which is separate from local sponsors signed up with the Beijing Committee. But the move could indeed mislead customers and influence Yili’s marketing campaign, they said.