By Shen Xingyue and Mo Yelin 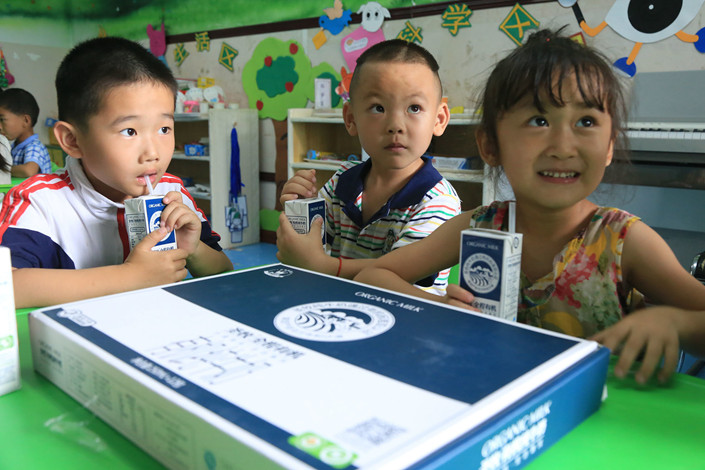 China Shengmu Organic Milk Ltd., a leading organic dairy, has sold a 51% stake in a unit to a larger rival for 303 million yuan ($44 million), in a deal that could give the money-losing company a leg up.

Founded in 2009, Inner Mongolia-based Shengmu produces and distributes raw milk and dairy products. As of late last year, it had around 35 dairy farms, according to the company profile.

“As one of the leading dairy product manufacturers in the PRC, China Mengniu is equipped with a strong management team and a solid Chinese dairy product distribution network. The company believes… it can bring values to (our) shareholders,” Shengmu said in the statement.

The deal will provide much-needed cash for Shengmu, which has been in the red since 2017. For the first six months of this year, the company reported a net loss of 1 billion yuan, up from 986 million yuan for the entire year of 2017.

A tie-up between Shengmu and China Mengniu, China’s second-largest dairy, will put them in a better position to compete with the sector’s top player Inner Mongolia Yili Industrial Group Co. Ltd.

Yili is China’s top dairy with about 22% of the market, following steady gains over China Mengniu which has a roughly 17% share, according to Euromonitor. Shengmu’s stake is much smaller, at about 0.7%.

Yili previously offered to buy a controlling stake in Shengmu but scrapped the plan after failing to get approval from China’s antitrust regulator early last year.