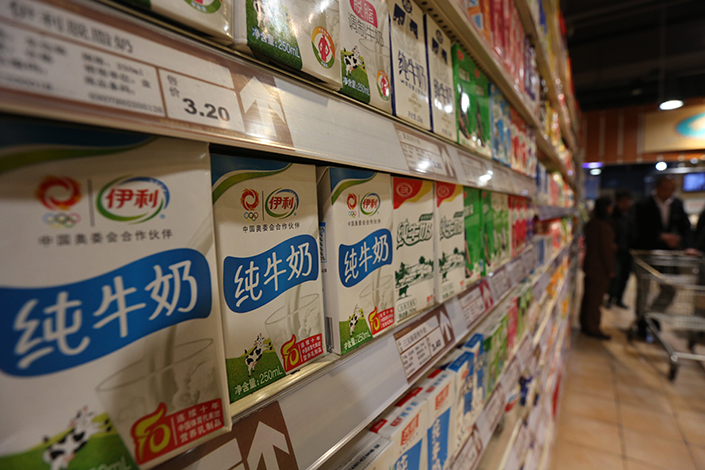 (Beijing) — Top dairy Yili said it is scrapping its plan to buy a controlling stake of smaller rival Shengmu after the pair failed to get approval from China’s antitrust regulator.

Shanghai-listed shares of Inner Mongolia Yili Industrial Group Co. Ltd. fell 3.7% when trading resumed on Friday after a halt pending an announcement. Hong Kong-listed shares of China Shengmu Organic Milk Ltd. fell by an even steeper 16.4% after a similar resumption.

“In view of the abovementioned status of the conditions, … the parties mutually agreed on April 25, 2017, that no agreements would be entered into for such extension” of the previous deadline, Shengmu said in its statement to the Hong Kong Stock Exchange on Friday.

Yili, China’s top dairy alongside rival Mengniu, first announced its plan to buy the Shengmu stake in October for HK$2.25 (29 U.S. cents) per Shengmu share, in a deal valued at HK$5.29 billion.

Yili is China’s top dairy with about 22% of the market, following steady gains over China Mengniu Dairy Co., the second-largest player with about a 17% share, according to Euromonitor. Shengmu’s stake is much smaller, at about 0.7%.

The domestic brands are working to repair their reputations at home following a scandal nearly a decade ago that exploded when the industrial chemical melamine was found in many of their infant formula products. That scandal gave a boost to foreign brands, which still command a big share of the infant formula market.