Here's How Much a China Slowdown Would Hurt Australia's Economy 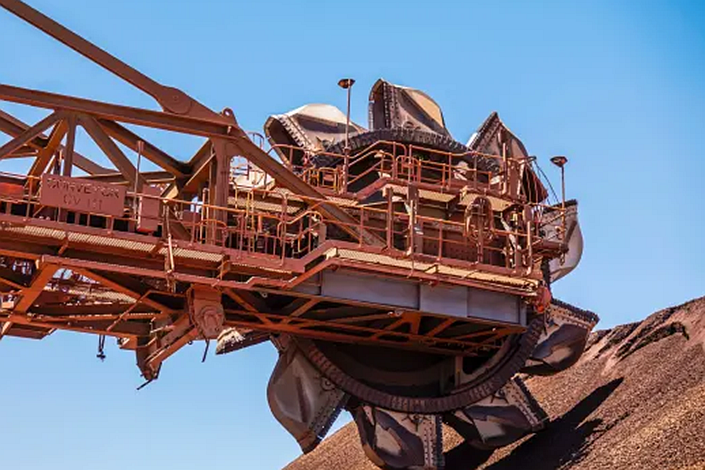 The Reserve Bank of Australia says a 5% drop in Chinese growth would depress Australian economic growth by 2.5% over three years, with commodity prices and equity prices taking a hit.

In its latest bulletin, the central bank modeled how a shock slowdown in the Chinese economy could work its way through to Australia.

“The possibility of a slowdown in China is often highlighted as a key uncertainty for Australia's economic outlook,” the Reserve Bank said.

“We show that a slowdown in Chinese economic activity of around 5 per cent could result in a decline in Australian GDP of up to 2.5 per cent.”

The Reserve Bank modeled three potential scenarios when considering how a slowdown in China could hit the Australian economy.

The first is the “direct channel” scenario where Australia’s GDP would contract by 1.3% over three years from lower global demand and trade from both China and the other economies that have connections with China.

“There would be a fairly immediate trade response, with the level of non-resource export volumes declining by up to 1.5 per cent relative to baseline after two years and lowering GDP by 0.3 per cent after three years,” the Reserve Bank said.

“Our scenario has commodity prices declining by 25 per cent after three quarters and global consumer price inflation declining by a peak of 1.2 percentage points after two years.”

If there is a large disorderly downturn in the Chinese economy, then Australian GDP would be 2.5% lower after three years than it otherwise would have been, the Reserve Bank said.

“Equity prices decline noticeably, by 10 per cent in the first year, which results in lower household wealth and consumption. This decline in economic activity translates to a rise in the unemployment rate by 0.9 percentage points, and a decline in inflation of 0.2 percentage points after three years."

It noted that the modeling does not capture factors such as bank funding costs and interbank liquidity and said that it is therefore plausible that greater financial stress could cause more damage to the economy.

The central bank’s third scenario allows the exchange rate and the cash rate to respond to a disorderly slowdown in China.

“In theory, when a negative foreign shock hits the Australian economy, the exchange rate should depreciate, particularly given a decline in the terms of trade," the Reserve Bank said.

Lower terms of trade would put downward pressure on the real exchange rate, which responds quickly and declines by around 10% in the first year, the Reserve Bank said, adding that a substantially lower exchange rate over three years would provide considerable support to the economy.

"The cash rate would decline by around 25 basis points after a year; this monetary policy accommodation would then be gradually unwound," it said. "If the exchange rate did not depreciate by as much, a larger reduction in the cash rate may be warranted."

"We would still see an initial slowing in growth and rise in unemployment, in line with the amplified China-slowdown scenario. However, the exchange rate and monetary policy movements could offset much of the negative consequences of the slowdown in China over time."

The central bank did warn that the exchange rate mechanism may not be as effective if Chinese authorities allow the Chinese currency to depreciate.

"This would limit the depreciation of Australia's real exchange rate and, as such, some of its influence in counteracting the effects of the slowdown in China," it concluded.

This story was originally published in the Australian Financial Review