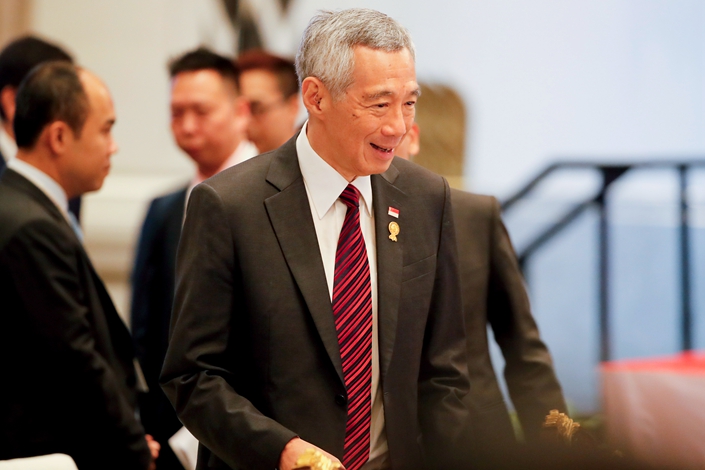 (The Straits Times) — As smaller countries, ASEAN nations are "not able to control what the big powers do", Singaporean Prime Minister Lee Hsien Loong said yesterday.

But the countries can stand together and advance ASEAN's collective interests, whether in trade, security or technology, he told his counterparts on the last day of the 34th ASEAN Summit in Bangkok.

"It is not easy because we are 10 different countries, with strategic forces that pull us in different directions. But we must find common ground where our interests align and speak as one," he said.

To that end, PM Lee said he was happy ASEAN had endorsed a framework for cooperation across the Indo-Pacific region.

"I hope that this outlook can strengthen the existing inclusive, ASEAN-led regional architecture and maintain a stable region that all of us will benefit from," he said.

Among other things, the outlook encourages viewing the Asia-Pacific and Indian Ocean regions not as contiguous territorial spaces, but as a closely integrated one, with ASEAN playing a central and strategic role.

This ASEAN vision is also distinct from the United States' Indo-Pacific Strategy on how Washington will work with allies across the Indian and Pacific oceans for regional security, and from China's Belt and Road Initiative, which aims to connect economies through trade and transport corridors, and is meant to signal regional cooperation.

PM Lee's renewed call for unity in the regional bloc comes amid growing tension between the U.S. and China, with both sides imposing punitive tariffs on each other's goods. "If this is not managed well, it can poison their relationship irreversibly, with profound consequences for many years to come."

Southeast Asia, he added, is used to big power dynamics, "whether it is through influence operations, division of the region into opposing camps or even outright occupation and war,” he said.

"We have also seen the benefits of healthy cooperation between the big powers, which can bring growth and stability to the region. So, we hope that the U.S. and China will work out their frictions peacefully."

On the two-day summit, PM Lee said he was pleased with the progress in discussions on the Code of Conduct (COC) in the South China Sea, which aims to maintain and promote peace and security, and freedom of navigation in and overflight above the water body.

The Foreign Ministry of Thailand, which is ASEAN chair this year, has said a first draft for reading is likely to be ready by the end of the year, which PM Lee praised, though he noted that "fundamental and complex issues remain to be discussed.”

"It is important for us to settle the COC in accordance with international law, including the 1982 UN Convention on the Law of the Sea," he said. "We welcome the aspiration to conclude the COC in three years, and we should exert ourselves to make progress actively, but it is also more important to get the outcomes right."

He later told the Singapore media: "It is not whether you want to go faster or slower. I think you should go with all due dispatch, but we have to make sure that we preserve our vital interests.

"The vital interests will not be easy to reconcile."

Another issue that requires a constructive approach from ASEAN is the situation in Myanmar's Rakhine state. Some 700,000 Rohingya Muslims who fled a 2017 military crackdown in the state are still languishing in refugee camps in neighboring Bangladesh.

They are viewed as illegal immigrants by many Myanmar people.

None of the Rohingya in Bangladesh has been officially repatriated so far, amid concerns over their fate when they return.

PM Lee welcomed ASEAN's efforts in conducting a preliminary needs assessment in March, and added: "Singapore stands ready to support ASEAN's efforts to facilitate the safe, voluntary and dignified repatriation of displaced persons, as long as the conditions are secure and conducive for returnees."

"We should continue to strive for regional trade arrangements so as to incrementally build support for lower trade barriers and higher standards," he said, as he urged members to make a "renewed push" to conclude the Regional Comprehensive Economic Partnership.

He also encouraged the bloc to look for new and non-traditional opportunities for economic cooperation, as it has with e-commerce and the Singapore-initiated ASEAN Smart Cities Network.

Taken together, PM Lee said that "these efforts will help us remain competitive, create new jobs and cushion the impact of external shocks.” He added: "I hope that our members continue to have the wisdom and courage to cooperate, opt for openness and engagement, and thus preserve and expand the progress which we have made together."