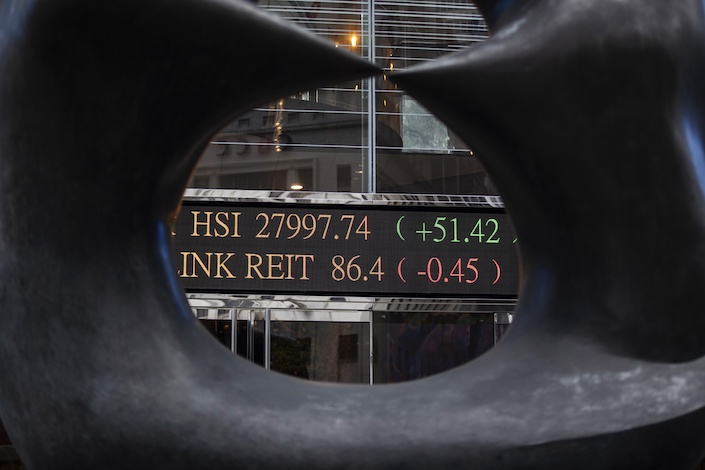 Graft busters in Hong Kong arrested a former official responsible for vetting initial public offerings at the Hong Kong stock exchange in what could become one of the city’s highest profile clampdowns on alleged white-collar crime.

Hong Kong’s Independent Commission Against Corruption arrested Eugene Yeoh, the former joint head of the bourse’s IPO vetting team, according to people with knowledge of the matter, who asked not to be identified because the details haven’t been made public. Yeoh resigned from Hong Kong Exchanges & Clearing Ltd. (HKEx) in May citing family reasons, Bloomberg News reported at the time.

The ICAC said in a statement Wednesday it arrested a person with that title along with two associates, without naming any of them. They are suspected of corruption and misconduct related to the vetting of two listing applications, according to the statement. Yeoh didn’t answer phone calls seeking comment.

Hong Kong watchdogs are stepping up a campaign against corruption as the city’s bourse competes with New York to become a heavyweight listing destination. The exchange is already one of Asia’s largest, home to major Chinese corporations like Tencent Holdings Ltd. but also a clutch of notoriously speculative and volatile stocks.

The anti-corruption agency said it conducted the operation with the Securities and Futures Commission and searched a number of other premises, including the offices of the two listed companies and a financial printing company.

HKEx confirmed that one former employee is involved, adding that neither the exchange nor any other staff were being investigated. The SFC said it wouldn’t comment beyond the release, while the ICAC couldn’t immediately be reached for comment after normal business hours.

The SFC also said it was conducting a specific review of HKEx’s administration of listings and matters relevant to the investigation.