The Chinese Are Having a Go in a Market Where U.S. Cars Flopped 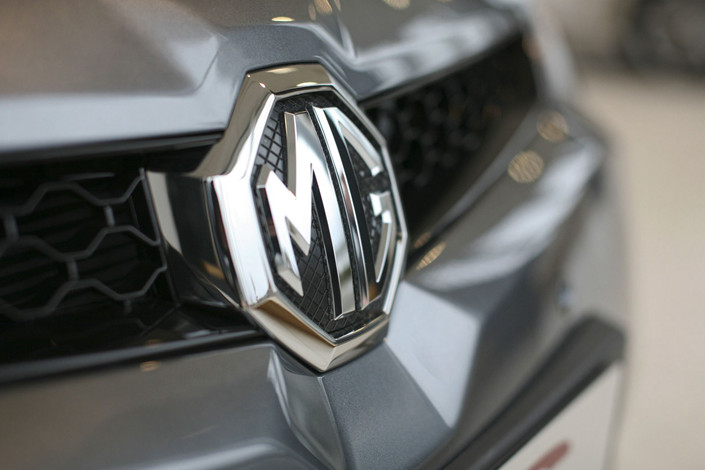 (Bloomberg) — Benedict Cumberbatch walks to a shiny red SUV, greets the vehicle and instructs it to play his favorite music, turn on the air conditioner and open the sunroof. “It’s a human thing,” says the award-winning actor as he drives what’s being touted as India’s first internet car.

That’s the latest television ad for the MG Hector from the iconic brand Morris Garages, now owned by Chinese giant SAIC Motor Corp. The Hector, launching formally in India on Thursday, marks the first Chinese entrant in a notoriously difficult market where the likes of General Motors Co. and Ford Motor Co. have struggled.

As car sales in China plummet, its manufacturers are expanding abroad. In India, SAIC will be up against the local unit of Suzuki Motor Corp. and Hyundai Motor Co. Together, they control two-thirds of the world’s fourth-biggest market where 3.4 million passenger vehicles were sold in the year through March. Adding to SAIC’s challenges, auto sales in India have also been shrinking for several months.

“They have a long-term view of entering and staying in the market — they won’t mind whatever temporary slowdown is there in the country,” said Bharat Gianani, an analyst at brokerage Sharekhan Ltd. in Mumbai. “To succeed, you need volumes and high localization. You need to have a proper pipeline of new launches with lots of segment-first features.”

SAIC is betting on exactly that. The Cumberbatch commercial focuses on new features such as voice assistance and remote vehicle control, some of them unheard of in India except in luxury models. Gianani said that using the British marque MG will also help SAIC avert any local perceptions about Chinese products’ inferior quality — hence it’s also tapped Cumberbatch, a Brit, as a brand ambassador.

Even then, SAIC has its work cut out to challenge the incumbents’ cheap, fuel-efficient cars that have fended off global competition. Even after trying to tailor their cars to local tastes, the likes of GM and Ford failed to match the appeal and prices of the market leaders.

GM was forced to scrap a $1 billion investment in India in 2017 and halt sales of its Chevrolet models. The company’s market share was just 1%. Ford, among the first global automakers to enter India in 1995, also hasn’t seen meaningful success and is now co-developing vehicles with Mahindra & Mahindra Ltd.

Still, the Chinese may have a better understanding of what Indian shoppers want as “the two countries are at the same development stage,” said Xu Haidong, an assistant secretary general of the China Association of Automobile Manufacturers. SAIC’s models are “quite close” to Hyundai in competitiveness and capable of rivaling Suzuki, he said.

The potential size of the Indian market does leave room for newcomers and Chinese-built affordable cars to compete with local and foreign brands, said Steve Man, an analyst at Bloomberg Intelligence in Hong Kong. Still, a key precondition for success is a strong network of dealers and service centers, something SAIC has yet to build, he said.

Such networks are a primary reason why Maruti Suzuki India Ltd. and Hyundai have managed to corner the bulk of the market, according to Sharekhan’s Gianani. While SAIC’s focus on SUVs, a premium category, may hold back volumes initially, further launches down the road will help it take on the established players, he said.

Among SAIC’s planned products is one of India’s first locally built electric cars for the mass market. China is a front-runner in new-energy vehicles, potentially giving SAIC and its peers an edge as markets around the world shift toward greener autos.