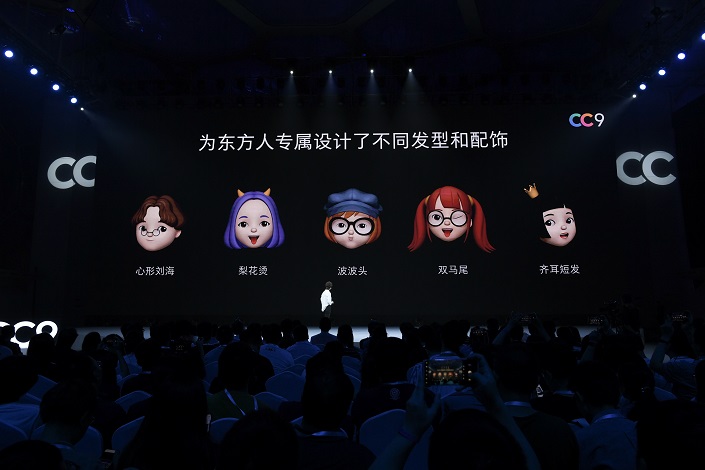 But ads for Apple’s Memoji and Apple Music have been embedded on Xiaomi’s product page for the Mi CC9 smartphone on e-commerce platforms JD.com and Suning, in lieu of original Xiaomi graphics, a Weibo user found on Friday.

Xu Jieyun, Xiaomi’s general manager for public relations, responded in a Weibo comment that the e-commerce mix-up was caused by staff “uploading the wrong content.”

The company has faced skepticism after unveiling its Mi CC9 smartphone, which has the Mimoji feature built in. Social media users and tech websites have pointed out the striking resemblance between a new range of human Mimoji and Apple’s Memoji, which were introduced last year. Both functions allow smartphone users to create 3D characters that mirror their own facial expressions.

This isn’t the first time that Xiaomi has been accused of copying Apple. According to Vanity Fair, Apple’s head of design Jony Ive once called Xiaomi out at a conference: “You spend seven or eight years working on something, and then it’s copied. . . . I think it’s theft, and it’s lazy.”

Whatever the origin of Mimoji, it’s unlikely that the similarities between Xiaomi and Apple avatars will spark a legal dispute. Apple doesn’t own the concept of augmented reality avatars, which many companies have already dabbled in. In fact, the U.S. trademark for Memoji doesn't belong to Apple -- it was filed with patent authorities by a little-known tech company based in Atlanta, Georgia, in April 2016.