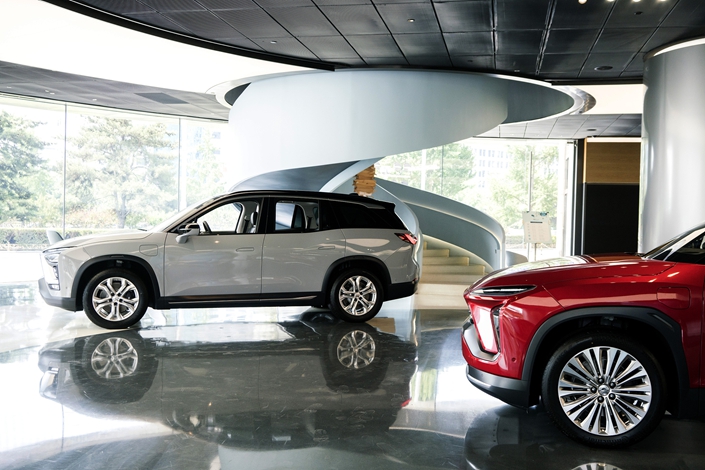 The June data is inflated by discounts and is unlikely to hold up in the long term. Photo: Bloomberg

Retail sales of sedans, sport utility vehicles, minivans and multipurpose vehicles rose 4.9% to 1.8 million units in June from a year earlier, according to preliminary numbers from the China Passenger Car Association on Monday. That’s the first increase since May 2018 for the world’s biggest market.

The report offers some hope for automakers and dealers struggling with the first slump in demand in a generation, caused by slowing economic growth, rising trade tensions and stricter emissions rules. Yet a sustained recovery is far from certain, with researcher LMC Automotive last month estimating a decline of about 5% for the full year.

While the June data is “inspiring,” it’s inflated by discounting and it won’t be easy for the market to keep up the growth, Cui Dongshu, secretary general of PCA, told reporters in Beijing.

Dealers slashed prices by as much as 50% in recent weeks, according to local media reports, to clear their inventory of cars that don’t meet new stricter emission standards. Eighteen provinces and regions — which together account for most of China’s car sales — require vehicles to meet the new criteria as of July 1.

“Short-term incentives like that boosted sales,” Zhu Kongyuan, secretary general of the China Auto Dealers Chamber of Commerce, said ahead of the report. “Yet it has also disrupted the market and undermined dealers’ profitability, and will have a negative impact on the market in the long run.”

The unprecedented slide has hit local brands particularly hard, though market leader Volkswagen AG has also seen its sales wane, according to LMC. Sales of General Motors Co.’s Buick and Chevrolet have also declined this year through May, while Daimler AG’s Mercedes-Benz, BMW, Honda and Toyota have advanced, according to the researcher.